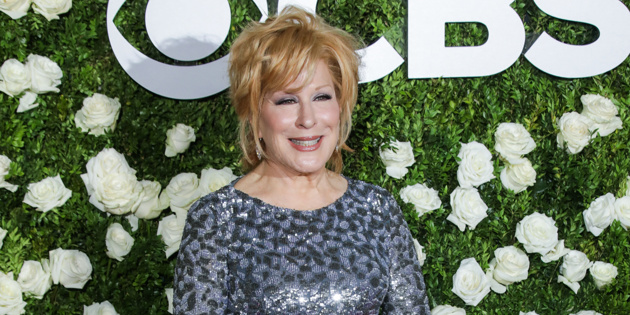 The 44th Kennedy Center Honors will be presented to quite a roster of talent! Tony winner and screen star Bette Midler, Motown trailblazer Berry Gordy, Saturday Night Live creator Lorne Michaels, music legend Joni Mitchell and operatic bass-baritone Justino Díaz are this year’s honorees. They will be celebrated in a star-studded salute featuring today’s leading performers on December 5. The ceremony will be recorded for broadcast on CBS at a later date for the 44th consecutive year as a two-hour primetime special and will be available to stream live and on demand on Paramount+. Check out the announcement teaser below!

Six American playwrights have won a total of $165,000 as the 2021 winners of the New York Community Trust’s Helen Merrill Award for Playwriting. The winners include Eboni Booth, Ty Defoe, Lady Dane Figueroa Edidi, Daaimah Mubashshir and Andrea Thome, who all received prizes of $25,000. In addition, William S. Yellow Robe Jr. was awarded $40,000 in recognition of his playwriting career and contributions to building the field, particularly among Native American theaters. The award is one of the largest and most significant prizes for playwrights in the nation. Theatrical agent Helen Merrill established the fund as part of The New York Community Trust to help playwrights pursue their talents with less financial pressure. Since 1999, the fund has made 98 awards totaling $2.14 million.

Watch Lucy St. Louis & More in This Teaser for the West End’s Phantom

The music of night will fill Her Majesty’s Theatre once more when The Phantom of the Opera returns to the West End on July 27. As previously announced, the show stars Killian Donnelly in the title role, Lucy St. Louis as Christine Daaé and Rhys Whitfield as Raoul. Take a peek at the gorgeous trailer for the production below!

When The Lights Are Bright Again, a book that will include essays from theater artists like Ali Stroker, Keala Settle, Sergio Trujillo and more, is due out on November 1. The tome will chronicle the theater industry’s trials and triumphs during the COVID-19 pandemic. Andrew Norlen weaves together over 200 essays alongside a brand new photo series by Broadway photographer and frequent Broadway.com collaborator Matthew Murphy. The book is dedicated in loving memory of Nick Cordero, the Tony nominee who passed away on July 5 2020 after being hospitalized in Los Angeles for over three months with complications resulting from COVID-19. A portion of the book’s proceeds will be donated to The Actors Fund. Check out the exciting book trailer below!

Arya Is Impeccable In This Pa…….