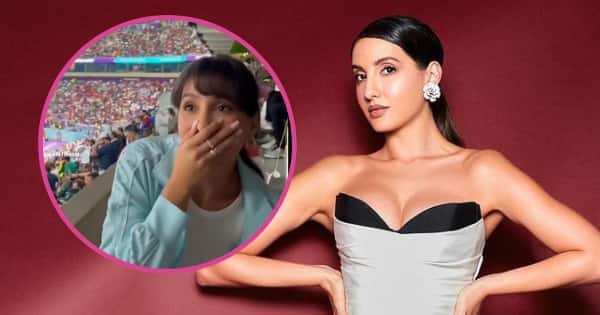 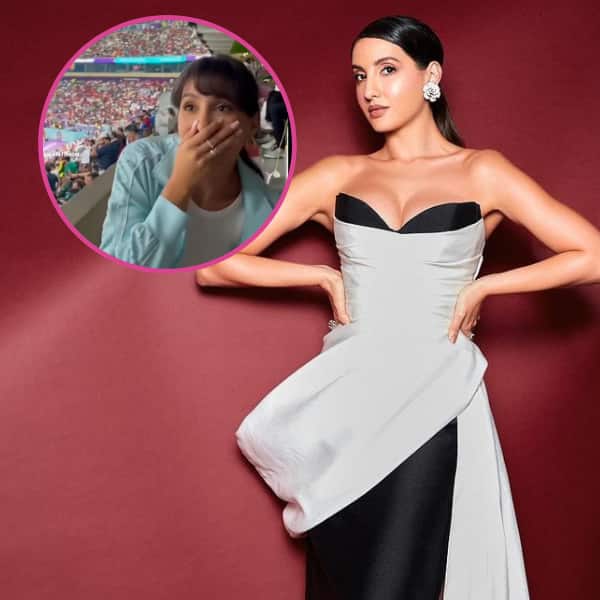 Nora Fatehi is in Qatar attending the FIFA World Cup 2022. The actress, who was recently seen as a judge in Jhalak Dikhhla Jaa 10, attended the Portugal Vs Brazil match in Qatar. Nora is going to perform at the FIFA Fan Fest today and it is a proud moment for all the fans of the actress. And at the Portugal and Brazil match, Nora got a surprise when her world cup anthem anthem Light The Sky was played in the football stadium. Nora Fatehi’s reaction to listening to the song she voiced is unmissable. Nora’s fans are going gaga and trending her big time. Also Read – BTS: V aka Kim Taehyung and Jungkook ace the Run BTS TikTok trend; Big Hit Music reveals their hidden talents

A couple of videos are going viral from the recently held match between Portugal and Brazil at the FIFA World Cup 2022. Nora Fatehi is seen enjoying the match and having a blast in the stadium. The Jehda Nasha beauty is seen alongside her friend Steven Roy Thomas, attending the match. When her song Light The Sky plays, Nora Fatehi is shocked and surprised to hear the same. She is then seen grooving to the song alongside the cheers of the crowd gathered to watch the match. Nora Fatehi’s reaction is UNMISSABLE! Also Read – Esha Gupta is a sight to behold in white and black ruffled gown as she attends a restaurant launch in Doha [View Pics]

Talking about Nora Fatehi’s performance, it is said that the gorgeous beauty will be performing at the fan fest on her World Cup 2022 anthem. Hollywood News is full of Nora Fatehi X FIFA World Cup 2022. There is no official confirmation about the playlist, but fans are eagerly looking forward. Nora also conducted a dance challenge on her anthem Light The Sky ever since the World Cup 2022 began. Talking about the anthem, for the same, Nora has collaborated with Emirati singer Balqees, Iraqi singer Rahima Raid and vocalist lyricist Manal. Also Read – FIFA World Cup 2022: Ranbir Kapoor, Hrithik Roshan and more celebs obsessed with FOOTBALL [Watch Video]