No Way Home, Wants To Reprise Her Role In MCU 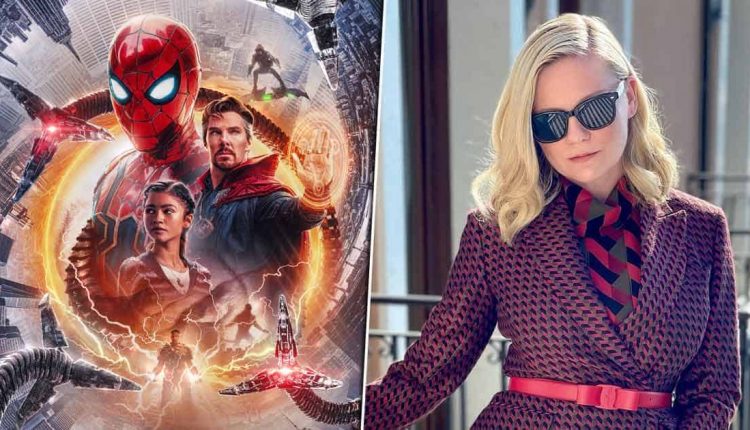 Spider-Man actress Kirsten Dunst says that she would be delighted to reprise her role as Mary Jane Watson, aka MJ, in any future Spidey movies in the Marvel Cinematic Universe. The actress played the role thrice in Sony’s version of the superhero movies with Tobey Maguire as the wall-crawler. Everyone immediately fell in love with the duo, who shared some iconic scenes like that upside-down k*ss.

Recently, Tom Holland starrer Spider-Man: No Way Home was released, and the fans went wild when Andrew Garfield and Tobey’s versions of the superhero returned for the movie. The film also saw a comeback of the former villains but didn’t have Dunst’s character.

Now, Kirsten Dunst has shown interest in wanting to play the character MJ once again for the MCU. While speaking to People magazine, The Power of the Dog actress was asked if they would return if she’d be interested in coming back to the character, to which she replied, “Of course, I would. Of course. I’ve been asked about that a few times. That’s a no-brainer. That was a huge part of my career and my life.”

Previously, Kirsten Dunst joked about returning to the role as an aged MJ and now as Spider-Man: No Way Home opened the multiversal doors, anything can be expected out of the future MCU’s Spider-Man movies. Even though the actress has shared her excitement about Tobey Maguire reprising his Spidey in the Tom Holland film, Dunst also revealed to the same publication that she still hasn’t watched it.

“I know I have to. I know Tobey’s in it, and it’s such a huge surprise, and everyone’s freaking out,” Kirsten said. “I will. I’ll eventually watch it. You know, I’ll watch it with my son because he’s starting to get into Spider-Man stuff. There’s, like, a little-kid version of Spider-Man that he watches, so maybe he’ll watch it with me,” she added.

It will be interesting to see how the writers would spin a story that can allow Kirsten Dunst’s MJ to return for a future Spidey film with the MCU if it does happen.