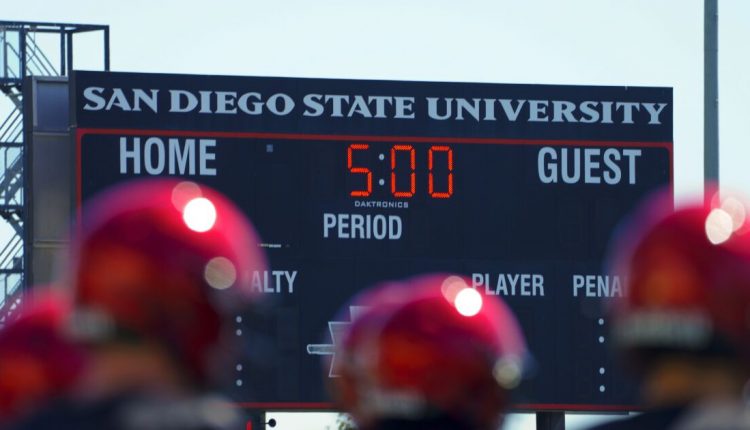 Former Buffalo Bills and San Diego State University punter Matt Araiza will not be charged criminally in connection with the reported gang rape of a 17-year-old girl at an off-campus party last year, officials announced Wednesday.

The San Diego County district attorney’s office said two of Araiza’s former Aztec teammates will not be charged either in a case that rocked the university over the summer.

“Ultimately, prosecutors determined it is clear the evidence does not support the filing of criminal charges and there is no path to a potential criminal conviction,” the office said in a statement. “Prosecutors can only file charges when they ethically believe they can be proven beyond a reasonable doubt.”

The decision not to file criminal charges, more than a year in the making, marks a pivotal moment in one of the most-watched criminal cases in the county.

Until now, police and prosecutors have said very little about the investigation. Details of the allegations surfaced first through media reports, then in a civil lawsuit the athletes’ accuser filed in August naming Araiza and his former SDSU teammates Zavier Leonard and Nowlin “Pa’a” Ewaliko.

Within two days of the filing, the Bills cut Araiza and the Aztecs cut Leonard. Ewaliko had left the team a few weeks earlier.

According to the accuser’s lawsuit, the incident occurred at a home not far from campus on early Oct. 17.

The suit alleges that Araiza, then 21, raped the teen in a side yard of the residence before bringing her inside to a bedroom, where a group of men took turns raping her. Leonard and Ewaliko were part of that group, the suit said.

The teen said that she was in and out of consciousness and her ear, belly and nose piercings were ripped out as men assaulted her for about 90 minutes. She said she stumbled out of the room bloodied and bruised and immediately told her friends she’d been raped.

The district attorney’s office said Wednesday that the police department did not recommend charges be filed when the case was submitted.

Critics have condemned the university for failing to launch an administrative inquiry into the allegations of misconduct by student athletes on a winning team. San Diego State said it had deferred investigating at the request of police for fear it would harm the criminal investigation.

In his senior season, Araiza set an NCAA record with a 51.19-yard punting average. He earned the 2021 Ray Guy Award as the nation’s top punter. He became known by the nickname “Punt God.”

In April, the Bills used the first pick in the sixth round of the NFL draft to select Araiza, a Rancho Bernardo High School graduate. He was the first punter drafted by the team since 1990.