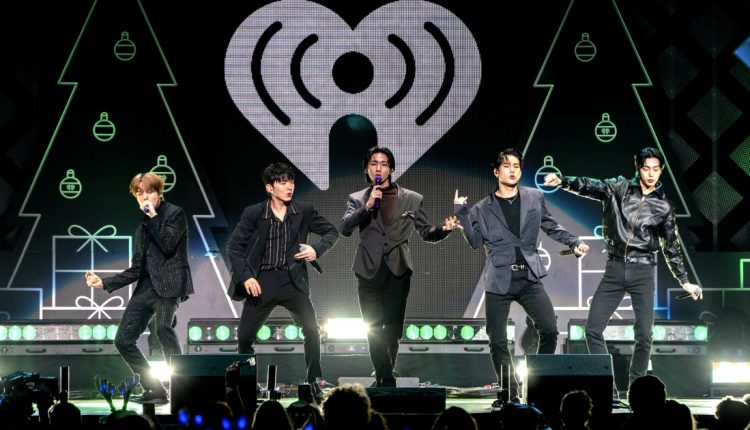 SoCal will get a second K-pop mega-festival this October.

KAMP, a new two-day K-pop festival that launched in Singapore in 2019, announced its L.A.-area debut on Tuesday. The fest, slated for Oct. 15 and 16 at the Rose Bowl in Pasadena, will bring established stars like Monsta X and Kai (of EXO and Super M), a long-awaited L.A. return from veterans Super Junior, and rare stateside sets from BamBam and Jeon Somi.

The announcement comes three days before KCON — the giant fan convention and concert that helped establish K-pop in the U.S. — kicks off in downtown L.A. The Asian pop and hip-hop label 88Rising’s Head in the Clouds festival also returns this weekend to Brookside at the Rose Bowl.

Jason Miller, CEO of KAMP and Eventim Live Asia, says there’s plenty of demand in SoCal for multiple festivals of this scale.

“L.A. is a unique, diverse market, probably the biggest K-pop market in world,” Miller said. “There’s so much pent-up demand from fans, and there’s interest from acts to tour as much as possible coming out of COVID-19.”

Tickets for KAMP Los Angeles go on sale on Friday.

KAMP‘s 2019 Singapore debut — with Super Junior, NCT 127, Stray Kids, Momoland and GFRIEND on the bill — quickly established the Korea-based entertainment company as a global player in the K-pop arena. Miller, who ran Live Nation’s Asia division before joining KAMP, said that the touring market for K-pop in America has evolved from fan conventions and an L.A./New York axis into longer runs in more markets.

With BTS’ J-Hope headlining Lollapalooza, 2NE1’s surprise reunion at Coachella and a new album from Blackpink likely heralding a big swing at U.S. arenas and festivals, this could be the season when K-pop fully meshes with the broader U.S. festival scene.

“The U.S. is a tremendous opportunity for festivals and touring,” Miller said. “Management companies recognize the need to spend more time here; you can’t just play New York and L.A. and expect it to be enough. Right now, depending on which chart you use, six of the top 10 selling albums in the U.S. are K-pop, that’s a crazy number. All acts recognize they need to do more touring here.”

It’s never easy to debut a new festival, especially in a COVID-weary, inflation-spiraled summer. Miller hopes that KAMP‘s lineup, deep with rare sets from acts without much of a recent U.S. touring history, will be enough to make it destination-worthy for the K-pop faithful.

“We wanted to expose these young acts to a big audience alongside older acts and acts no one had the opportunity to see before,” Miller said. “The sheer passion of this fan base means they go see acts not once, not twice, but as many times as possible. There’s definitely more than enough room for more than one K-pop event in L.A.”