‘Never Have I Ever’ cast breaks down Season 2 ‘frenemy’ arc 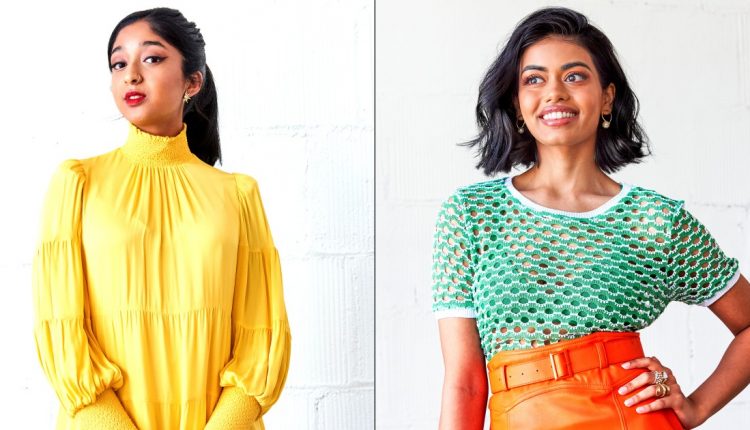 After Devi Vishwakumar (Maitreyi Ramakrishnan) decided to date two boys at once, start a vicious rumor about the new girl at school and let two classmates take the fall for it in Season 2 of “Never Have I Ever,” fans of the Netflix series may have started to wonder: Why would a teen comedy make its main character so unlikable?

But when it comes to Devi’s relationship with Aneesa (Megan Suri) , whose transfer makes her the only other South Asian girl at Sherman Oaks High, there’s more than meets the eye.

Last season, Devi reflected on the trauma of watching her father die, which briefly left her paralyzed by psychosomatic shock. Now, with a new, “cool” Indian student on the scene — one who has dealt with her own mental health challenges — she starts the relationship off on the wrong foot, overlooking the bonds they may share as South Asian teens.

And what stands in the way of their friendship is nothing new for women of color: societal expectations and stereotypes.

After all, women of color too often feel compelled to compete for success, stemming from the myth that there can only be one marginalized person to succeed, especially within traditionally white-dominated environments.

“I think there needs to be some grace granted to Devi this season, because of some of the faulty beliefs she has about her culture, or the idea that there is only room for one, I think are not total figments of her imagination,” explained executive story editor Amina Munir, who wrote the Season 2 episode “… had an Indian frenemy.” “Because when you still look at the way that racial diversity is in highly competitive spaces, there is often only one woman of color in a position of power.”

Munir’s episode, like much of the season, captures the consequences when an overall lack of diversity leads to people of color being treated as tokens. When Mr. Shapiro (Adam Shapiro) accidentally calls Aneesa “Devi,” for instance, he shows that he can’t tell them apart and immediately reinforces Devi’s fear of being “replaced” and becoming a social outcast.

“When someone arrives at [Devi’s] school and starts getting all the things that she wants and looks like her, naturally she’s going to feel jealous and feel competitive in a way that I think is wrongheaded,” Munir said. “But Devi is someone with good intentions who makes bad decisions very often.”

Ramakrishnan added that for South Asian people, what contributes to the myth of only one is when someone finally achieves an esteemed position and “they’re exhausted and someone else knocks at their door ready to claim what they fought hard for”: “It’s like, ‘Excuse me. Hello. What? You just came here. I fought tooth and nail for this.’”

Referring to a male classmate who problematically refers to Aneesa as “Devi 2.0,” Ramakrishnan said, “[I]n this case, [Devi’s] saying, ‘I have spent years knowing Trent and Trent still doesn’t know [me], but now he’s talking to [Aneesa] about soccer.’ But it’s so crazy because you want Devi to realize quicker, ‘Girl! You’re just jealous,’ and she knows it.”

While Devi is threatened by Aneesa replacing her, Aneesa sees it as an opportunity to befriend someone who understands her.

“Aneesa’s whole thing is that she’s just easygoing and she likes to make friends and just be someone that people can sort of gravitate towards,” Suri said. “But I think what I was pulling from it was that she clearly came from a space, her previous school, where she was bullied for her eating disorder — and what we come to find out, as she says to Devi in the locker in my first episode, [is] that it’s really nice to have an[other] Indian kid once in a while.”

While tension may simmer onscreen between Devi and Aneesa, there’s offscreen love and mutual respect between Ramakrishnan and Suri. (“I’ll gas you up, Megan,” Ramakrishnan said in the midst of complimenting her costar, noting that having two South Asian teens on the show was “awesome.”)

Ultimately, even Devi and Aneesa’s conflict can be traced to the broader pressures both face to balance being “Indian enough” and “American enough,” not personal animus.

“Aneesa is great at code-switching from being with aunties to being with Devi in a way that I think Devi is envious of, because that is a skill that is something that is very hard to do to, like, occupy many different roles in society,” Munir said. “As a young Indian teenager, it is brutal. And I think these two girls do such a beautiful job portraying it on screen.”

Ramakrishnan explained that she relates to Devi’s arc the most when it comes to “that feeling of wanting to always be perfect”: from doing well on exams to checking the correct boxes on her COVID-19 screening paperwork she identifies with that fear of failure.

Devi, who is still working through the trauma of her father’s death, is repeatedly labeled “crazy” for her behavior, while Aneesa worries about being reduced to her eating disorder. It turns out the two have more in common than they may realize, but the pressure to be perfect distorts their bond.

“We see at the end of the season, Devi just thinks she’s a terrible person,” Ramakrishnan said. “I’ve been there. It sucks so much because you’re just like, ‘I don’t know what to do anymore. I feel like I’m messing things up for everyone. I’m a terrible person that ruins people’s lives.’ And funny enough, it’s a Season 2 arc, but that’s a quote from Season 1 — that’s just how Devi feels all around in her life.”

“But now you’re adding the layer of like, ‘I’m not the right South Asian daughter,’” she continued. “‘I can’t even be my culture. I can’t be a pseudo girlfriend for these two guys I’m cheating on. I can’t be a proper best friend who’s there for her girls. What can I do?’ It’s exhausting and it sucks.”

Ramakrishnan knows firsthand that feeling like a failure sometimes is normal — and that our missteps are part of what makes us who we are.

“I personally still go through it now, admittedly, but it happens and you’ve just got to accept the mess that you are, which is why I think Devi is still redeemable, somehow still her lovable self,” she said. “Because we’re all messes.”