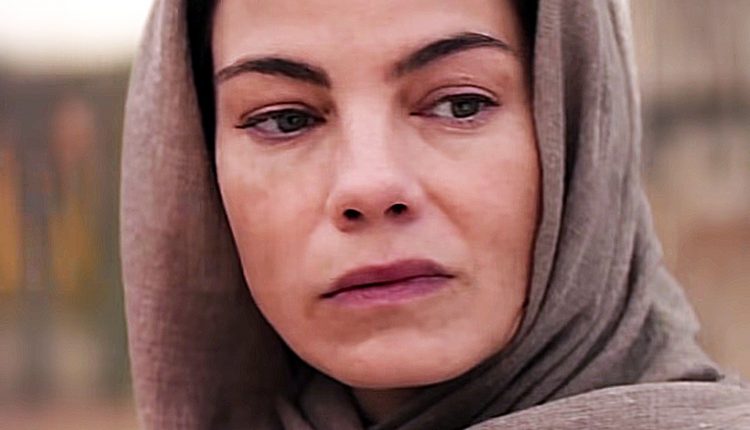 What would happen if the modern world experienced the alleged second coming of Jesus? That’s the very question posed by Netflix’s latest original series, Messiah. The show recently launched on the streaming service and stars Michelle Monaghan as a wary CIA officer who investigates a charismatic man who sparks a spiritual movement and stirs political unrest. Monaghan’s Eva plays the essential role of the skeptic who must attempt to figure out if there is any truth to this man’s wild claims.

Michelle Monaghan is an incredibly accomplished actress, known best for her roles in the Mission: Impossible franchise, as well as Gone Baby Gone, Kiss Kiss, Bang Bang and The Bournce Supremacy, amongst many others. She even voiced Wonder Woman in the animated Justice League: War. Even though Monaghan has been working steadily for nearly two decades, she’s been getting some of her meatiest roles in recent years thanks to the rise of streaming and prestige TV. Monaghan also starred in the first season of True Detective and Hulu’s The Path.

In your own words, as someone who is one of the main players in this show, how would you describe Messiah to people?

Michelle Monaghan: Well, first of all, I would say it’s a global thriller, really. I think that’s what compelled me to do it. I got all ten episodes at once, and I could not put in town. And you can binge the show very much like that. You know, you finish one episode and you go on to the next. So first and foremost for me, it was just such an exciting show. But the messaging in the show, I think, really was the important driver for me. I loved that it represented a multitude of perspectives and points of view. Not just a Western point of view. Then it really compelled me to look inward. Not just for the character, but it as a show in general, and all these characters in terms of what they’re searching for. And I felt that kind of mirrors a lot of what’s going on in the world today. And I thought it was an important series. So that was a really important driver for me.

How did the project come your way? Was it something you auditioned for? Did it get brought to you? How did you find your way to it?

Michelle Monaghan: It was brought to me by the showrunner, Michael Petroni and one of our directors, one of our two directors, James McTeigue. They sent it to me. I had no intention… I was just coming off of another project and I had no intention of going back to work. But as I said, I couldn’t put it down, so I had to break the news to my husband shortly thereafter that I was indeed going back to work.

You play a CIA officer in this and, naturally, your character is pretty skeptical going in. What was like being the voice of reason in something like this where you have to try to come in and almost play the role of spoiler for people who want to believe in this guy and what he’s selling?

Michelle Monaghan: Well, I think that’s what I found very interesting about the character is that she is very unrelenting in her belief system. Very dogmatic. She lives in a very black and white world. All of the other characters represent their own belief system. So I think that’s really what makes the show sing, in terms of who audiences will identify with in terms of character. But as you can see as you watch the show, you kind of peel back the onion of all the characters and you see that they all represent some sort of vulnerability or something that they’re searching for. I love that Eva has a very tough facade. She’s very professional, as you just said. But as you kind of walk through the series with her, you start to see that she’s quietly suffering herself and that she’s being confronted with her own demons. So it was a very layered character that I got to delve into, which is always very exciting as an actor,

You also starred in The Path. Is there something about these religious, culty shows that you’re just drawn to?

Michelle Monaghan: You know, it’s a fair question. It’s a fair question. But [The Path] was something that was very much more insular, really. I mean, it was one leader, so to speak. It was kind of a one belief system, took place on a compound. This is definitely much different. The scope of this is much larger. As I said, it’s a geopolitical thriller. It ties in, not only different belief systems, but also politics, which is something that I love. But also the fact that it represents so many perspectives and the show, that I’m very proud of, is shot in Hebrew and Arabic and English. I really feel mirrors the world’s population and I’m so proud that Netflix gets to release it in 190 countries and that everybody can have a conversation about it, and a thoughtful conversation about it.

Off topic, I just want to let you know that Mission: Impossible – Fallout, it was awesome to see you back.

Messiah is available now on the Netflix streaming service.

Dwayne Johnson is confident that Black Adam will fight Superman in the DCEU one day, but doesn’t know which actor will play him.