Michael Fishman Opens Up About Using Charity to Lift Others 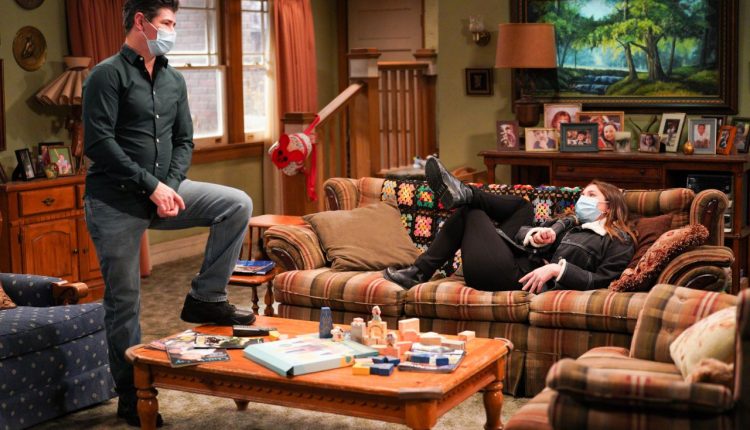 Recently, I had the opportunity to sit down and talk with one of the stars of The Conners, Michael Fishman. He has played the character of DJ Conner since Roseanne first premiered. We had a lovely conversation about The Conners and his new role as a director on the show. We also discussed what it’s like to work with John Goodman.

During the interview, Michael talked about his charity work and how he uses it to lift others up.

Rick Bentsen: So before this call, I did some research on you, because doing an interview without doing research on them would just be silly. And I noticed that you do a lot of charity work, and I was hoping I could get you to talk about that a bit.

Michael Fishman: I’ve done charity work my whole life. I grew up in this business with the concept that the beauty of having a voice that people hear and can see is that you gotta use it for something. You gotta use it to make progress for others, otherwise you kinda waste that gift. So everything from Habitat for Humanity and building houses, to the Audrey Hepburn Children’s Fund, to AIDS Walks, to cancer research. I mean, I’ve pretty much done every major one you could. And I love doing it and I continue to.

I’m on the board of a skin cancer charity. As a coach and a former athlete, I think it’s important and not enough people get screened, and far too many people are succumbing to what could have been very treatable conditions. So I’m on the board of this charity called SknVue.

And then a couple years ago, my youngest daughter, who just left for college, really wanted to make an impact environmentally. She really was looking at climate change and all the stuff that was going on in the world and wanted to take more of a hands on approach. And so she started doing beach cleanups and all these things and it led to starting a charity, and that charity is called Altruistic Acres. It is her and my brain child, and the ultimate goal is to raise enough money to buy land that’s been deforested and damaged and replant trees and repopulate it. You know, we have so many areas in this country that are being clear cut or that have just been devastated through some kind of environmental impact. And so to find spaces like that and to kind of rehabilitate them is one of our side missions.

And then I have a personal charity with my business writing partner, whose name is Michael Johnson. He’s my business partner at Mclusive Media, which is my production company. In looking at all of the projects and things that we wanted to do, one of the other things in being socially and physically minded, we decided we really wanted to make social impact and community outreach a goal for us. And a large portion of everything we make from all of our productions is going to be contributed in that direction, so the charity is called WeComend. And so what we do there is a combination of things. We do a lot of homelessness outreach. I had a real brief stint as a teenager where I didn’t have somewhere to stay, and even though mine was really brief, it left a lasting impression. And I’ve since been kind of actively involved with homeless charities for the last twenty years. So we do homelessness outreach. We do care packages. My daughters and I go out frequently and we give them out. In the last three years, I think we’ve given out close to 250,000 of them.

And then during the pandemic, we combined with a company called MatBock out of Virginia to provide disposable masks for people. We targeted underprivileged families, the homeless community, crime survivors, and some veterans because MatBock’s owner is a veteran. And we gave out about 500,000 masks through kind of the heart of the pandemic. We wanted to make sure that the people who couldn’t really afford to go buy masks had them to try to do what we could to kind of lessen the curve if we could.

And then our other mission at WeCommend is that we’re all about inclusion. I have a multiracial family like I mentioned before with my adopted kids. We’re such a blended family. And I work in a field where there is diversity that is growing, but has lagged behind. So we have made it our mission to encourage diversity and inclusion. And to that end, one of the things that we do is we mentor young creative performers and technicians. And I’m building opportunities and workshops for some of the professionals that I work with to come in and teach predominantly people from underrepresented communities, whether it be young people of color, or people in the LGBTQAI community, just groups that haven’t gotten a chance to share their voices at the same level. We’ve made it our mission to provide them training and we’re trying in the next year to produce a number of projects from those voices so that they can get their first real credits out in the world and get their career started.

RB: That’s amazing. And so important for them.

MF: Yes. And here’s what I’ll say. Growing up in the business, I had this beautiful opportunity to work on such an incredible show right out the gate. I started on something iconic. So I already had credits that mattered. But when I was an interim guy in the middle between the acting and I was on the crew side… trying to get your first credit or trying to get your first union days to try to earn your way into the union, it’s a real battle. That’s one area where, if you can get your first credit, it changes your whole life, because it gives people something that they can see. It gives you a calling card. And so, one of the things for us is to provide people an opportunity to have that first entrance in and at times for me to be able to put my name next to people I really believe in, and use my voice and my progress to lift other people. I really feel like that’s what we should all be doing.

RB: You’re right, we should, and not enough people do.

MF: Well for me, you know I’ve grown up in this business and I think there’s a lot of amazing people in it. I think a lot of times people do stuff and they do it quietly. For me, I kinda have to stand out front and do it a little more boisterously because I want to be a vehicle for the change I want to see.

For example, on The Conners, this week we had one of our camera techs who has been training as a camera operator. We had somebody get sick and couldn’t be there, and rather than go and get somebody from the outside, I immediately said, “No we should give Mary Ann her chance because she’s here, and she’s one of us.” And I can’t tell you how uplifting and exciting it is to watch someone get their first opportunity and to support them and empower them through that. Because that’s what we’re supposed to do. We’re supposed to make the next generation of people, and we’re supposed to open doors for people along the way. If you’re inside and you don’t open any doors or any windows to help people climb in and step up, then you’re wasting that time. You’re wasting your access.

RB: I’m sure she appreciated the opportunity!

MF: Oh, my God. I have to tell you. It’s one of the things I’ve been most proud about in the episodes I’ve directed. Because at The Conners, I’m four episodes in to directing. But to get to open the door for people… For decades when I was an actor just training, when people weren’t seeing me and I was going to acting classes, I’ve kept track of the names of a lot of these people who I thought were amazing but maybe didn’t have big enough agents to get into an audition. And as these roles come up for these auditions, I’m getting people in, and I’m getting not just people from one group or somebody who looks a particular way. The joke is that every time I submit a list, it’s so inclusive that sometimes they have to pick which direction they want to go and that’s my job. My job is to open the door as wide as possible. And then step out of the way and let someone earn the opportunity of a lifetime. Because that’s what I got to do.

Exclusive: Michael Fishman Discusses What It’s Like To Direct John Goodman in The Conners

Movieweb author Rick Bentsen chats with Michael Fishman about what it’s like to direct John Goodman in The Conners.

“I Always Ended Up Holding Your Coffee”