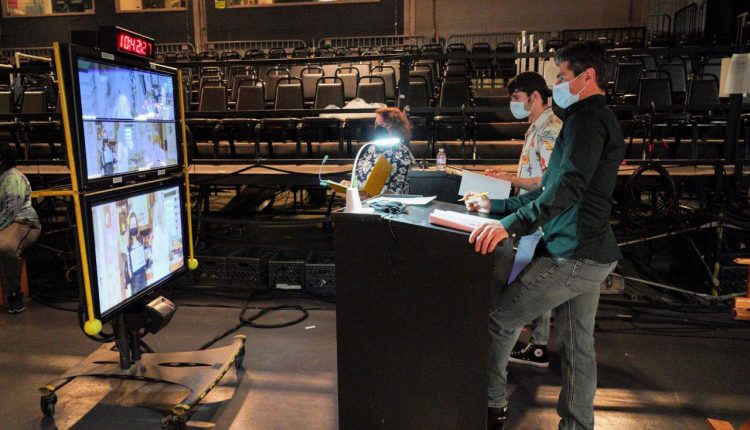 Recently, I had the opportunity to sit down and talk with one of the stars of The Conners, Michael Fishman. (Can I actually call it a sit-down interview if I’m on the East Coast and he’s on the West Coast?) He has played the character of DJ Conner since Roseanne first premiered. We had a lovely conversation about The Conners and his new role as a director on the show. We also discussed how he is using that new role to help others, which is something that is very dear to his heart.

In the midst of the interview, Michael revealed what it is like to work with John Goodman.

Rick Bentsen: Obviously, you have worked with some very interesting people in your career. Personally, I’m a huge fan of John Goodman, so I’m a little jealous you get to work with him on a weekly basis.

Michael Fishman: I love it. One thing, I think this is the humility of me. I never take for granted how amazing it is to stand next to him every day and to play. And now to direct him! And to get to participate and occasionally suggest things or add an action or add something to add depth to something. John’s a master. I mean, it is watching a legend who is masterful at what he does day in and day out. So you set very limited parameters and you trust him to trust his instincts if you’re really smart. You don’t tell him everything. You let him show you what he’s already thinking because he’s just so gifted.

RB: It has to be easier to work with someone like him then.

MF: Between him and Laurie Metcalf, it is an embarrassment of riches, and we have a great cast, not including them. But those two by themselves are such legends. You know, it’s almost… are you smart enough to get out of the way and not let ego play any role in it? Just let them show you what they’re thinking and then fine-tune or make small suggestions here or there where you think it benefits, and learn to be collaborative. Because the only thing you can do to mess it up is get in the way.

RB: Well, don’t get in the way of something like that then!

MF: Right? Right? And then there are things like this episode. One thing I asked John to do in this episode is a callback to something that we did in some of the early years of the show. He had reactions behind a guest at the house which is something he used to do a lot of, so some of it is just coming back into some of the histories of the character and knowing the history of the character. And saying, “Hey, you know how you used to do this?” He’s like, “Oh yeah. That’s fun. Let me add that!” And so you just kinda make suggestions and you lead in a direction, but part of it is making sure you’ve done your homework and you remember all the things that should be a part of this character. But not trying to come in and be a dictator as a director, because it just doesn’t work that way.

RB: But as someone who has been a part of the show since the beginning, you would be able to remember those callbacks and be able to suggest them.

MF: Yeah, and you know, I do a lot of research. When I direct, I go back and look at old episodes. I want to make sure I’m pulling the right tone and combining where we are now with where we were then. You know, as the director it’s important to have kind of a holistic view of the project and its history and where it comes from. And it’s very important that we honor that because that’s what carries forward. That’s the beauty of our show. People have a 30-year connection with us. People have almost a lifetime of interaction, so it’s gotta ring authentic and there are things that we do or that are unique to us that, after 20 years, you know you can get away from some of those things or you can forget about them. So it’s important to really monitor that and bring that back, but do it in subtle ways so that you’re not trying to force it. And especially trying to honor the writers that we have now and not trying to add something specific just because you saw it once. Only adding things that fit the moment or the scene.

Devin Ratray, who plays Buzz in the Home Alone movies, is in some legal trouble after an alleged fight with his now-ex girlfriend.

Catch Up with Michael Zegen, Celia Keenan-Bolger & More on The Broadway Show | Srtalent