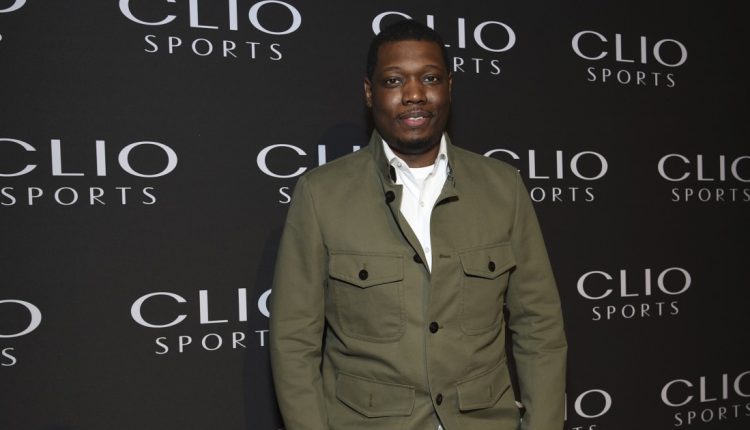 On Thursday, Che was accused of making fun of the gold medalist and sexual-assault survivor on his Instagram story. In one post, Che allegedly rated an attempted joke about Biles and convicted sex offender Larry Nassar a “9/10.”

In 2018, Biles identified herself as one of the hundreds of gymnasts sexually abused by the former team doctor. Nassar is in prison after pleading guilty to sexual assault and possession of child pornography.

“maaannnn, i got hacked today,” Che wrote Thursday in the same font used by his alleged hacker. “cant believe they got me. yall kno i only do jokes about whites and cops. s’all good now, i changed my password and everything.”

In a series of Instagram updates that have since been deleted, Che allegedly expressed a desire to “make fun of simone biles” before publicly approving of direct messages mocking the gymnastics champion who made headlines this month by withdrawing from the Tokyo Olympics to protect her emotional and physical wellbeing.

“i got like 3 minutes of simone biles jokes in my head,” Che allegedly wrote on his story. “im going to the cellar tonight to say them into a microphone. as the dorky kids say, im choosing violence.”

Depending on what you believe, either Che or his hacker then proceeded to share a reply from someone who wrote “Larry [Nassar] understands Simone Biles better than anyone. He too had to quit doing what he loved at the pinnacle of his career because of mounting pressure.”

Unamused, critics of the “Weekend Update” cohost immediately slammed him for allegedly using his platform to target Biles and perpetuate rape culture.

Biles has spoken publicly about the post-traumatic stress she has endured as a result of her sexual assault, as well as the immense pressure of representing the United States as a national hero on a world stage.

“How nice for Michael Che never to have been denied the sanctity of his own body because of his gender,” tweeted Soraya Nadia McDonald of the Undefeated.

“How nice for him not to be judged and gaslit repeatedly because it is routine to treat an entire gender and their experiences with disregard and contempt. How lovely for him.”

In response to his recent Instagram activity, Oscar-winning “Hair Love” director Matthew A. Cherry called the “That Damn Michael Che” star “trash,” while several others accused him of lying about his account being breached.

“Michael Che comes for people he thinks he can get away with dunking on,” tweeted freelance writer Delia Harrington. “Judging by his flimsy ‘I got hacked’ defense, it seems he had no idea how beloved Simone Biles is, or just how messed up it is to share a Larry [Nassar] joke.”

“Sexual assault/abuse survivors are not the butt of jokes. Ever,” wrote political commentator and analyst Ameshia Cross. “Be mindful #SimoneBiles sexual abuse occurred for years beginning in her childhood. #MichaelChe is a jerk for even touching the issue in this manner. And he’s a damn fool for coming back saying he was hacked.”

Apart from some lingering Instagram stories dismissing the mounting backlash, Che, who has 627,000 followers, has wiped his page in the wake of Thursday’s events. As of Friday afternoon, there was just one post: “somebody just threw doodoo at me!”

On Wednesday, Biles released a statement thanking her supporters for their compassion following her Olympic exit. Several prominent figures, including former Olympic gymnasts Aly Raisman and Carly Patterson, have praised Biles for her bravery this week.

“the outpouring love & support I’ve received has made me realize I’m more than my accomplishments and gymnastics which I never truly believed before,” Biles tweeted.

Throwback to the time when RM, Suga, and Jin endorsed Jimin as ‘perfect boyfriend’ material for their sisters