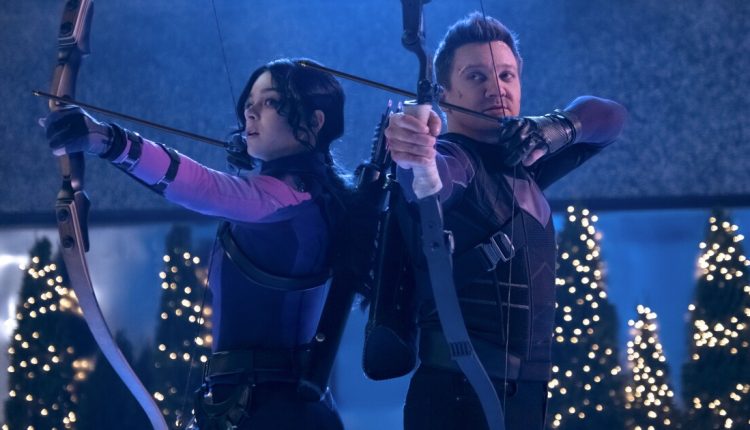 The Avengers’ mightiest archers get the spotlight in “Hawkeye,” Marvel Studios’ fourth live-action series for Disney+.

Set some time after the events of “Avengers: Endgame” (2019), the six-episode series sees Clint Barton (Jeremy Renner) reluctantly pulled back into action and facing his past after Hawkeye superfan Kate Bishop (Hailee Steinfeld) stumbles upon his old Ronin suit. Clint made plenty of enemies while secretly operating as the mysterious ninja vigilante, and those enemies now think Kate has ties to Ronin.

Created for television by Jonathan Igla, “Hawkeye” sets itself apart from other MCU fare with its street-level stakes and holiday themes. While most Marvel Cinematic Universe titles are loosely inspired by various comic book storylines, “Hawkeye” is directly inspired by the critically acclaimed 2012-2015 comic book run by Matt Fraction and various artists, including David Aja, about what Clint does when he’s not being an Avenger. Among the comic’s highlights were Clint and Kate’s partnership and the introduction of very good boy Pizza Dog. “Hawkeye” is directed by executive producer Rhys Thomas and directing duo Bert and Bertie.

As with anything MCU, there are plenty of references and backstories to unpack, and this episode-by-episode guide to “Hawkeye” is here to help. To avoid spoilers, read each explainer after you’ve watched the corresponding episode.