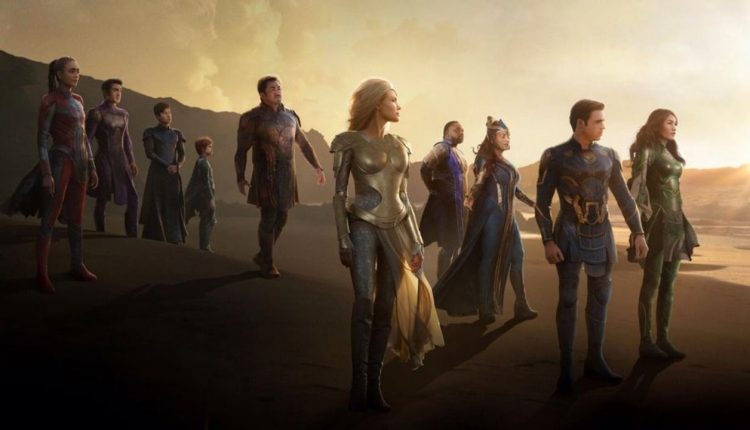 Eternals has now had two weeks at the top of the box office chart, which speaks for itself, but has also had the less prestigious honor of becoming the first “Rotten” Marvel Cinematic Universe entry since the epic interconnected piece of storytelling began back in 2008. At the time of writing less than 50% of the 337 reviews on Rotten Tomatoes gave a positive spin on the mega-casted latest addition to the Marvel family, and while Marvel Studios don’t usually make comment on the opinions of their critics, Marvel Studios executive Victoria Alonso made reference to the hefty volume of negative reviews while appearing at the Outfest Legacy Awards.

As reported by Variety, Alonso was presented with the Visionary Award at the event, which took place on Saturday night at the Academy Museum of Motion Pictures, and while delivering a speech about LGBTQ equality, she commented, “We have tried to stir it up and sometimes the critics are not with us. That’s OK. That’s OK. We thank you for being a critic. We thank you for writing about us. And the fans will decide. Diversity and inclusion is not a political game for us. It is 100 percent a responsibility because you don’t get to have the global success that we have given the Walt Disney Company without the support of people around the world of every kind of human there is.”

Eternals has been hit with a wave of negative reviews and bans in some countries for the inclusion of the MCU’s first gay superhero. The Eternals team also features characters from minority races and Lauren Rodloff’s Makkari as the first deaf superhero in the series. However in these roles, which all fit within the history of the group who, in the movie, have been specifically created to fit in on Earth so would naturally take on many forms from around the world, none of the representation takes over the story or is done in a heavy handed way that is seen in many movies.

Eternals itself is not a perfect movie, but considering Marvel is in a phase of transition, in many ways back where they started 13 years ago and tasked with bringing a new group of superheroes into the minds of audiences, with the ultimate goal of another Avengers: Endgame scenario coming somewhere in the distant future. Eternals has a lot to do in its runtime, dealing with so many new characters, new stories and set-ups for the future and while that leaves some feeling a bit overwhelmed, they are not really seeing the point of what Marvel have done with the MCU.

With the inclusion of Disney+ output, the MCU has become much more than a set of drop in and drop out movies. No matter how disconnected a certain new character or group may be, somewhere it is all connected, and what Marvel has essentially created is a big screen, big budget version of the adventure serials of the 40s and 50s combined with the pure escapism of Saturday Morning cartoons of the 80s.

For all the faults, the critical reviews and the infrequent missteps, the emotional hurricane that hit many fans in the wake of Infinity War and Endgame – which are respectively the only times I have heard people leave a cinema in devastated silence and then in tears – proves that no matter what the opinions of some people are, Marvel can bring a powerful, immersive story to life when they need to and box office results tell the true tale of how willing audiences are to accept what is put on screen. This comes to us from Variety.

Young Ghostbusters: Afterlife lead Mckenna Grace discussed a proton pack scene that was her hardest to film, but ultimately ended up axed.

Movies on TV this week: ‘Planes, Trains and Automobiles’ AMC