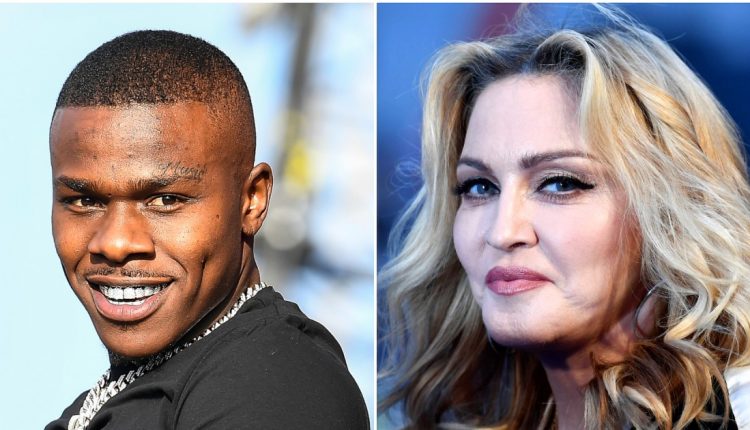 Madonna is the latest boldface name to condemn 29-year-old rapper DaBaby’s comments he made at the Rolling Loud festival in Miami last weekend.

As such, the Material Girl, a longtime HIV/AIDS research proponent and ally to the LGBTQ community, chastised him while attempting to educate him.

“If you’re going to make hateful remarks to the LGBTQ+ community about HIV/AIDS then know your facts,” Madonna wrote on Instagram beside a video of DaBaby making his explicit comments.

“After decades of hard won scientific research— there are life saving medicines available to children born with HIV, to people who contract HIV through blood transfusions, dirty needles or exchange of bodily fluids, these new ARV’s [antiretrovirals] can keep a person with AIDS alive for the rest of their lives!!! AIDs is not transmitted by standing next to someone in a crowd,” she added.

She went on to explain that AIDS “is not transmitted by standing next to someone in a crowd. I want to put my cellphone lighter up and pray for your ignorance.”

She also rejected his sexist remarks and “discrimination against women who fight daily against the oppression of living under the constraints of the Male Gaze.”

“People like you are the reason we are still living in a world divided by fear. All Human beings should be treated with dignity and respect regardless of race, gender, sexual preference or religious beliefs. AMEN, ” Madonna concluded.

Her post was in response to DaBaby suggesting that his audience at Rolling Loud should shine their cellphone flashlights if they “didn’t show up today with HIV/AIDS, any of them deadly sexually transmitted diseases that will make you die in two to three weeks.”

He said that men who don’t perform oral sex with other men should “put your cellphone light up” and keep it real. He also invited women who have genitals that smell “like water” to put their cellphone lights up.

His words have been described by many as “dangerous” and “harmful” as the backlash from many LGBTQ activists and celebrities, — including Elton John, Questlove, Laverne Cox, Indya Moore, Dua Lipa and Jonathan Van Ness continues.

On Wednesday, John posted a thread on Twitter, saying, “We’ve been shocked to read about the HIV misinformation and homophobic statements made at a recent DaBaby show. This fuels stigma and discrimination and is the opposite of what our world needs to fight the AIDS epidemic.”

Dua Lipa, who featured DaBaby in her hit “Levitating,” also condemned the rapper’s comments and said she was shocked and “horrified.”

“I know my fans know where my heart lies and that I stand 100% with the LGTBQ community,” she wrote. “We need to come together to fight the stigma and ignorance around HIV/AIDS.”

In response to the backlash, DaBaby posted a series of Instagram videos Monday, claiming the internet had “twisted his words.”

While the explicit videos have since been deleted, the Shade Room reposted them on Instagram, showing DaBaby explaining, “Me and all my fans at the show, the gay ones and the straight ones” were able to get “turnt.” He repeated his words from the concert and explained that he said them to help him prepare to “drop” his next song and that it was never a rant.

Fans didn’t respond well to his videos, with many trying to figure out why he addressed those with HIV in the first place.

One person wrote, “I’m really just trying to understand what those living with HIV or AIDS had to do with your live performance.”

As the controversy heated up this week, DaBaby was dropped from the the United Kingdom’s Parklife music festival lineup, and music streaming platforms and many Apple Music playlists are removing the version of Dua Lipa’s “Levitating” that features DaBaby.

What’s on TV Saturday ‘Love, for Real’ on Hallmark; Olympics