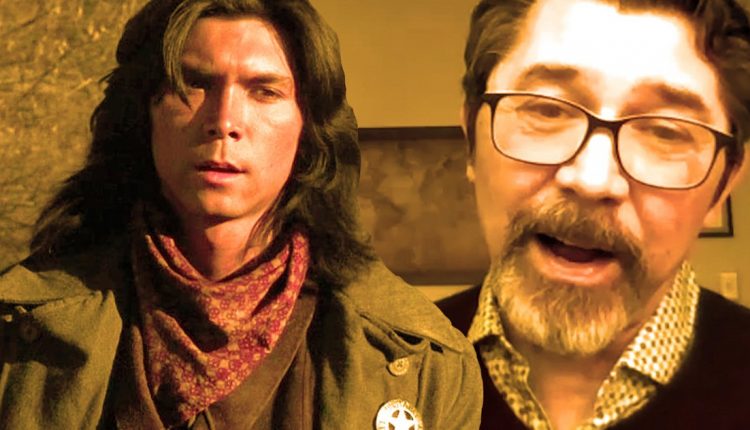 Lou Diamond Phillips is responsible for arguably the greatest scene in cinematic history. When his character Chavez Y Chavez comes around the corner with horses in tow during Young Guns‘ climactic end gunfight, it is perhaps the most cheer-worthy moment in ’80s cinema. Arriving in 1988, it is the culmination of everything that was happening on the big screen at that moment in time, and arrived as a giant release valve for an audience in need of a real-life hero to applaud. While Chavez did return in Young Guns II a few years later, most fans assumed that the Mexican-Indian had taken work on a fruit ranch and disappeared into the dust of the old West never to be seen again. Well, according to Lou Diamond Phillips, we may see Chazev ride yet again sometime in the very near future.

We recently caught up with Lou Diamond Phillips to talk about his new crime thriller Adverse. But first, we needed to find out more about Young Guns 3 and his participation in the movie. Will he return as Chavez Y Chavez on the big screen? It sure sounds like it. We also ask about Dermot Mulroney’s possible return as the ghost of Dirty Steve in a vision quest. Lou offers an interesting answer while agreeing that Young Guns may have the single greatest moment in cinema history. It’s a hard one to argue.

Lou Diamond Phillips originally played Chavez Y Chavez in the 1988 classic Western Young Guns. The original had a definitive ending. But that didn’t stop Chavez from returning in Young Guns II. It’s been over thirty years since Emilio Estevez saddled up as Billy the Kid, but apparently the actor has reunited with original Writer John Fusco to get a third movie up and running.

John Fusco first revealed the news on Twitter, where he boldly stated, “Emilio Estevez and I are excited to be collaborating on this continuation of the Billy the Kid saga – and you’re going to love where it goes.” Many fans didn’t believe him at first, but he continued to tease the sequel, later sharing a throwback set photo saying, “Me and Emilio on the Mexico border in 1989, discussing a scene during the filming of #YoungGuns 2. At the end of the shoot, he gave me his 1881 Colt Lightning. Guess I will need to give it back to him. No surrender for #BillytheKid.”

In January, Fusco would go onto tease his Young Guns single with an iconic quote from the movie, “There is many a slip twixt the cup and the lip – William H. Bonney.” It soon became apparent that Fusco was dead serious about resurrecting Billy the Kid for one last ride. And soon after rumors started to pour in that other cast members were eager to return, including Lou Diamond Phillips.

Phillips doesn’t give too much away in his exclusive chat with Paulington James Christensen III, but it’s apparent that he is eager to saddle up yet again as Chavez Y Chavez. John Fusco has gone onto continue teasing Young Guns 3 on social media, which you can check out below. While we wait for Young Guns 3 to materialize, Emilio Estevez will soon be reprising his role as Coach Bombay from The Mighty Ducks for a new Disney+ series coming this spring.

Opening Up! Waitress Makes Its Premiere in Japan | Srtalent