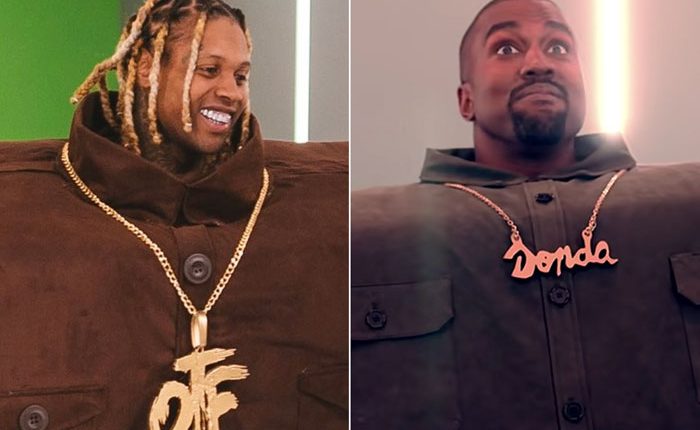 The Chicago rapper is paying homage to Kanye West on his upcoming single. Durk recently shot a video for the track, which finds him recreating looks from some of Ye’s most iconic music videos.

The OTF boss shared a photo of himself on set with director Cole Bennett, dressed in an oversized boxy costume similar to the one Kanye wore in his “I Love It” video with Lil Pump. Instead of a Donda necklace, Durk rocks an enormous OTF chain. In other images, he looks dapper in a black-and-white tuxedo reminiscent of Ye’s “Runaway” video from the My Beautiful Dark Twisted Fantasy era.

“I’m goin’ Kanye crazy, Kanye crazy, Kanyе crazy,” Durk raps on the hook, according to Genius, while also referencing Kanye’s infamous 2013 interview with Sway: “You ain’t got thе answers Sway / I be claimin’ I’m the realest like any other day.”

“Kanye Krazy” is expected to appear on the deluxe edition of Durk’s album The Voice, which arrives Friday. The original album was released before Christmas and features 6LACK, Young Thug, YNW Melly, and King Von.

Check out some photos from the set below.