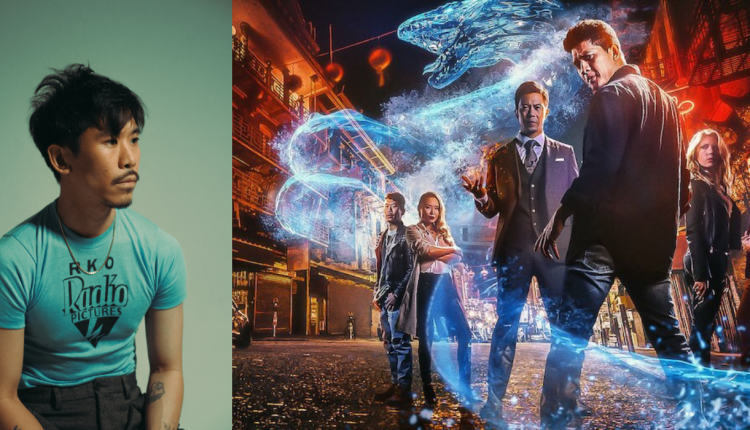 Netflix’s 2019 supernatural martial arts series Wu Assassins follows Kai Jin (Iko Uwais), a young San Francisco-based chef who, upon encountering a mystical force, becomes an eponymous Wu Assassin tasked with the mission of stopping the Chinese Triad’s pursuit of an ancient set of powers called “Wu Xing.” As a Wu Assassin, Kai possesses the skills and powers of 1000 monks who sacrificed themselves long ago and stored their essences in an amulet. Having absorbed the amulet, Kai’s skills become enhanced, allowing him to search for and take down the five Wu Warlords—each of whom possesses supernatural powers based in fire, wood, earth, metal, and water—and ultimately imprison their collective Wu Xing powers before the Triad is able to acquire them.

“[Kai] and his friends have to save the world, pretty much,” says Lawrence Kao, who plays heroin addict and Triad member Tommy Wah, of the series. “There’s a lot of martial arts and a lot of fantastical elements. It was just so fun to be involved [in the series], and we’re just fortunate to shoot a [movie-sequel] afterward.”

Indeed, Fistful of Vengeance is Netflix’s upcoming follow-up movie to the hit series. As the title suggests, the movie follows Kai as he tracks a killer to Bangkok. “[It] is sort of like a standalone movie. You don’t necessarily have to watch the first season to understand what’s going on,” says Kao. “I personally think it’s something that’ll be more easily digestible, but also more action-packed and a roller coaster from beginning to end.”

What’s significant about the franchise as a whole is that Wu Assassins started filming in Vancouver, Canada in August 2018, right around the time Crazy Rich Asians was released to groundbreaking critical and commercial acclaim. In the years between Wu Assassins, then, and Fistful of Vengeance, now, there’s been a surge in Asian-led and -focused mainstream projects and overall recognition: Parasite made Oscar history as the first Korean movie to win Best Picture in 2019; Chloe Zhao and Lee Isaac Cheung were nominated at the Oscars for Best Director in 2020 (the former being one of the most decorated directors in history for a single film); and, in 2021, Shang-Chi and the Legend of the Ten Rings marked the debut of the first Asian-American MCU superhero.

Amidst social discourse calling for respectful, equitable, and diverse representation, these are major improvements for Asian artists. More significantly, it’s a cultural shift in the industry that isn’t lost on Kao, an LA-based actor, writer, and dancer who, a theater kid growing up, dreamed of nothing more than carving space for himself in Hollywood.

Related: Steven Yeun is the First Asian-American Ever Nominated For a Best Actor Oscar

On the Recent Surge in Asian Representation in Hollywood Productions

“It’s just so amazing to see and to finally feel some sort of acceptance—that the general audience will accept someone that looks like us on screen [and be interested in their story],” says Kao, “whereas, before, it was even jarring for me to see somebody that looked like me in a movie.”

Indeed, while the martial arts movie has been a staple subgenre of action cinema since the 70s, Asian-American actors, writers, and directors generally have not always had equal opportunity to tell culturally specific stories. And while many Asian actors like Lucy Liu and Sandra Oh have each climbed the ranks in Hollywood, their characters were, more often than not, divorced from their racial identities. Speaking to Kerry Washington on Variety’s Actors on Actors special, Oh remarked: “[Grey’s Anatomy] would not talk about race. We would not go into race, and that was purposeful.”

Now, with movies like Crazy Rich Asians, Minari, and Shang-Chi especially providing new iconographic ideals for romance, desire, heroism, and agency—while exploring culturally resonant narratives—it feels as if Asian-American artists are finally able to bring their personal stories into the spotlight. In fact, in an episode on Wu Assassins, the series delved into topics like anti-Chinese racism and America’s own dark history on the matter. In one scene, Kai Jin and Uncle Six (Byron Mann) are accosted by a racist server while stopping at a diner during a road trip. Uncle Six responds with an overview of Chinese-American history and the systemic obstacles they’ve had to overcome. Speaking to Digital Spy, Mann talked about how that scene resonated with audiences all over the world and how, more importantly, its resonance can be attributed to the fact that it’s on a Netflix stage: “The beauty of Netflix is people in New Zealand, Cameroon, Turkey, Indonesia, people are watching everywhere. Everyone’s watching the same thing.”

This is a moment in cinematic history that ultimately excites Kao, especially when it comes to Fistful of Vengeance being part of Netflix’s catalog. “To be part of this movement feels so important,” he says. “I hope it continues. I don’t think it’s a thing that’s going to be temporary because I really do feel like there are so many beautiful stories that have not been told about the Asian community. And they need to be told.”

On Getting in on the Action This Time Around

For Wu Assassins, Kao’s preparation for his role as heroin addict Tommy involved more research than physical training, research that took the actor to dark places. “I came to the realization that we’re all capable of getting to these dark places [associated with addiction]. You know, you run into a drug addict, and you think, ‘That can never happen to me.’ But exploring these things, and exploring why people do the things that they do [to cope], and you sort of start to realize, hey, I can be that person, too.”

This time around, however, Tommy is finally getting in on the action. “Obviously, there’s a revenge aspect to the movie, and there is a catalyst that triggers Tommy’s transformation between the series and [Fistful of Vengeance]. You really get to see Tommy hold his own throughout the movie.” Which is something that Kao has been waiting for. Even throughout filming the first season of the series, Kao stayed on set to watch the stunt actors and choreographers perform the action sequences. A trained dancer, he was fascinated by the movement. “Dancing definitely has helped,” Kao says when asked if his background helped in navigating stunt choreography. “In a sense, every time you do a fight scene, it’s pretty much choreography. But what I’ve realized, over the course of training and shooting, is that it doesn’t really come alive until the characters fully inhabit [the movements].”

Related: These Action Movie Stars Do Their Own Stunts (And Some Who Refuse To)

On Making His Parents Proud

“My mom and dad definitely thought that this was just a stage in my life, that I would [eventually] change career paths, but I stayed on this path,” Kao says when reflecting on his own journey from theater kid to a full-time actor. “My mom was just scared. Asian parents worry about how their kids are going to succeed in life. They’re worried about money and, like, can you make a career out of this.” It’s a natural concern that many immigrant parents have for their children, especially after the sacrifices and risks that are required when leaving one’s country of origin and starting anew in a place that doesn’t primarily speak your language or immediately provide cultural familiarities.

But here’s the thing: lack of visibility and opportunity often begets fear. “It’s pretty crazy to be able to tell my family, ‘Hey, just sign in on Netflix. You can watch [Wu Assassins or Fistful of Vengeance]. Before, my family didn’t have access to all these shows [in which they could see themselves], but, now, they can browse and find things—it’s just so accessible.”

Fortunately, the cultural shift in the film industry has given artists like Kao more opportunities to pursue their craft. This has made Kao’s parents more assured that he will, in turn, be all right. “I can really sense it in them that they’re actually very proud of me,” the actor says. “I’m very excited for future generations to be able to experience these stories [and opportunities]. And even for the future generation to not even feel weird seeing someone that looks like them on the TV screen.”

A new TV spot for The Batman teases a battle of wits between the vigilante and The Riddler.