Lar Park Lincoln and Sean C. Stephens Take Us to the Multiverse [Exclusive] 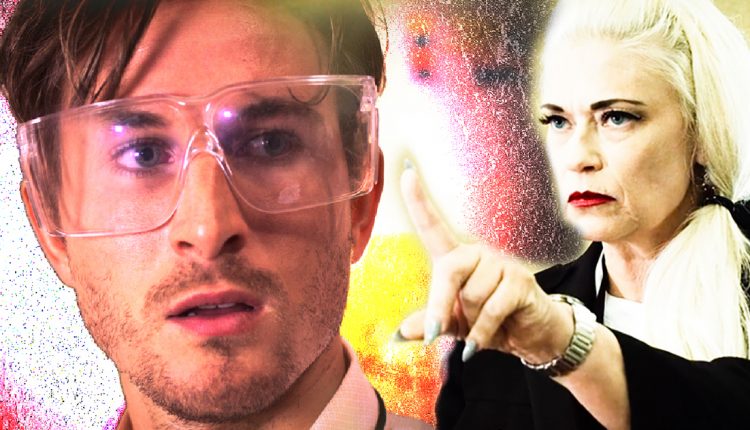 Is there a parallel universe? Do we all have doppelgängers waiting to kill us? What consequences will result from breaking reality? Those questions and more are all asked in the thrilling new sci-fi drama Expulsion, which comes from award winning directors Sean C. Stephens and Aaron Jackson. Taking on the idea of the Multiverse, and expanding the science behind that truth into an edge-of-our-seat ride, Expusion is coming home for the Halloween holiday, and will be available to rent or purchase starting this week.

Expulsion arrives on DVD, Blu-ray, Amazon Prime Video Direct, AppleTV, VUDU and Google Play digital platforms starting Tuesday October 20, 2020. The story follows Scott and Vincent, played by Colton Tapp and co-director Aaron Jackson, who create a doorway to an alternate plain of existence in their garage. This comes with a scary doppelgänger for Scott, who has nefarious plans that could bring Scott’s whole existence to an end. Joining them in this wickedly dark tale is genre icon Lar Park-Lincoln, who is perhaps best known for her role as Tina, the telekinetic teenager from Friday the 13th Part VII: The New Blood.

We recently caught up with Lar Park-Lincoln via Zoom. Not only does she play futurist Shara Fanning in the movie, she actually had quite a hand in helping get Expulsion made, which she explains in her exclusive chat with Paulington James Christensen III. Joining them is co-director Sean C. Stephens, who co-wrote the script with Aaron Jackson. Together, Lar Park-Lincoln and Sean C. Stephens take us through the science behind the story, the idea of real life parallels universes, and the truth behind doppelgängers.

Expulsion follows the story of Scott and Vincent, who are top recruits at the prestigious Cicero Market Technologies Corporation where they are tasked with the development and implementation of cutting edge technologies. The sole purpose of their work is to bring about medical, environmental and physics advancements. However, beaten by their own curiosity, the pair begin to sneak their work home with them. They push the boundaries of particle collision science to undiscovered levels stumbling upon a parallel universe complete with an alternate version of Scott. As their days and nights unfold they begin to discover that others seek their tech to advance their own agendas…agendas that they intend to fulfill at any cost.

Entirely shot on location in Arizona, Expulsion was born from a wonderment and fondness for fringe sciences, particle physics and all of the possibilities they inspire. Anyone wanting to catch up with Friday the 13th alum, Lar Park Lincoln will find her performance captivating as the dark agenda driven futurist, Shara Fanning. Colton Tapp gives a multidimensional depiction by taking on two roles as both the antagonist and protagonist, earning him a Best Actor nomination at the 2019 Hollywood International Golden Film Awards. As his character crosses over to another universe he inadvertently invites a different version of himself home creating a ripple that threatens his very existence.

Visual effects for the feature were completed by Nicky Reynolds (Once Upon a Time… in Hollywood) and the soundtrack was composed by Stephen Bennett (Moondance), who effectively intertwines synthesized retrowave music with a traditional cinematic theme. This unique mix of talent builds out an overall aesthetic that contributes to a grounded look at the surreal possibilities of the narrative. Expulsion was nominated by the Los Angeles Film Awards as a top Sci-Fi narrative and considered for best screenplay. The film was also chosen as an official selection to the 2020 Roswell Film Festival and received four nominations at the Hollywood International Golden Film Awards picking up an Outstanding Director win for Sean C. Stephens and Aaron Jackson.

Colossal Content is a new film distributor from Paul Tomborello and Sean C. Stephens. Expulsion marks the company’s first official release ahead of several other projects currently in various stages of development or acquisition. Colossal is different from most distributors because they focus on meticulous collaboration with artists. A distributor built by the filmmaker, for the filmmaker.

Kim Kardashian Is A Boss Lady In Her Leather Outfit; See Pics