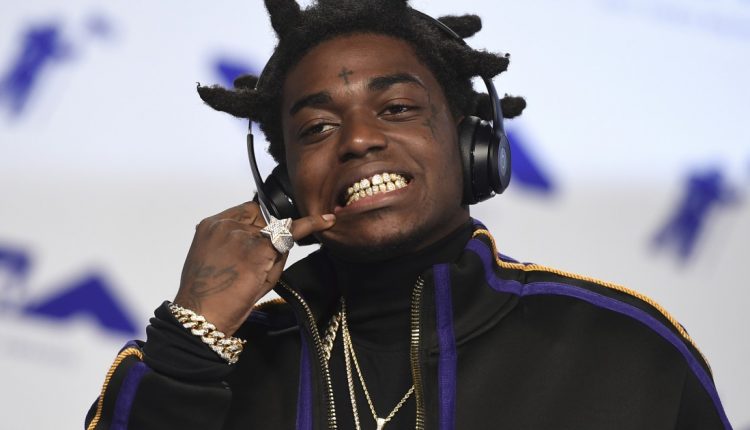 Kodak Black, the rapper whose federal prison sentence was commuted by President Trump the day before his term ended, has a new song out that celebrates his release.

“Ran up out of prison, I ain’t say bye to nobody / I want sushi, then some coochie, no more lunch trays, yeah / Had to stop showin’ everybody where my mama stay, yeah / Trump just freed me, but my favorite president is on the money / All the hate and prejudice has become evident to me.”

The 23-year-old, whose legal name is Bill Kahan Kapri, had been serving a 46-month sentence for lying on background-check paperwork related to firearms purchases in 2019, with a separate one-year term for gun possession running concurrently. He was serving out his sentence at a high-security federal prison in Kentucky.

Two of the guns the rapper bought were later found at crime scenes, prosecutors said. One gun had Black’s fingerprints on it and had been used to fire at a “rival rap artist,” though he has not been charged in the shooting, according to the New York Times.

I Want To Thank The President @RealDonaldTrump For His Commitment To Justice Reform And Shortening My Sentence. I Also Want To Thank Everyone For Their Support And Love.
It Means More Than You Will Ever Know. I Want To Continue Giving Back, Learning And Growing. @DanScavino

On Jan. 20, the day after his sentence was commuted, Kodak Black tweeted his gratitude, saying, “I Want To Thank The President @RealDonaldTrump For His Commitment To Justice Reform And Shortening My Sentence. I Also Want To Thank Everyone For Their Support And Love. It Means More Than You Will Ever Know. I Want To Continue Giving Back, Learning And Growing.”

The rapper was sentenced in November 2019, then moved to Kentucky’s Big Sandy penitentiary from a Miami federal prison in January 2020.

While his federal sentence was commuted, Kodak Black still faces a charge of sexual assault in South Carolina, where he is accused of raping an 18-year-old in a hotel room after a February 2016 concert. He could face up to 30 years behind bars if convicted. The case was disrupted by the pandemic, a prosecutor told TMZ, but they intend to go through with the case unless the rapper makes a plea deal.

At the end of his new song, Kodak Black celebrates his second chance at life:

“Yeah, so, creatin’ a healthy and a happy lifestyle / I’m so proud of myself and how far I’ve come / Always kept it real, even when no one’s lookin’,” he says. (Listen to the song below.)

The rapper also reportedly deleted a late-November tweet promising to donate a million dollars to charity in the coming year if he got presidential relief.

“A statement promising something for something in exchange is not appropriate and although Kodak has always given to charity his whole career and will continue to do charity, not in exchange for anything,” his attorney, Bradford Cohen, told TMZ Monday. “Some think this is a story. It isn’t.”

Cohen also noted that since his Jan. 20 release, the rapper had donated $50,000 to the Barstool Sports fund to help small businesses and $100,000 to a scholarship fund in the name of slain Marjory Stoneman Douglas High School senior Meadow Pollack.

As for which president is truly Kodak Black’s favorite, according to “Last Day In”? Presidents George Washington, Thomas Jefferson, Abraham Lincoln, Andrew Jackson and Ulysses S. Grant are on the $1, $2, $5, $20 and $50 bills, respectively, so choose from one of them. Benjamin Franklin and Alexander Hamilton, who are on the $100 bill and $10 bill respectively, were never presidents.

What’s on TV Tuesday: ‘Big Sky’ on ABC and more