Kim Taehyung aka V gets mobbed by ARMYs as he returns home; pens a note saying, ‘I always get worried…’ 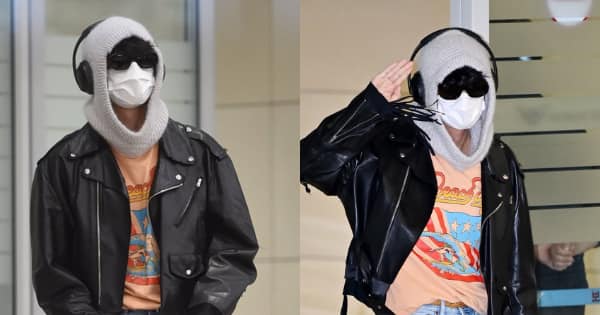 BTS member Kim Taehyung aka V was in Paris for his work schedule. He returned to South Korea a couple of minutes ago. BTS ARMY had been missing the boys – Jungkook and Taehyung – as they were away from home. And now, one of them has safely arrived back. It was the usual scene at the airport wherein BTS V was thronged by the ARMYs and sea of reporters. Kim Taehyung aka BTS V’s pictures and clips from the airport are going viral right now. Also Read – FIFA World Cup 2022: Ahead of opening ceremony, Jungkook steals hearts with his BTS video for Dreamers’ poster shoot

BTS V gets mobbed by the ARMY and reporters

Being a global celebrity and an idol, the lives of BTS members have been quite difficult. There’s a lack of privacy when travelling about. As Kim Taehyung aka V returned home a couple of minutes ago, he was met with a sea of fans and reporters. Though there were bodyguards keeping Taetae safe, the crowd kept pushing around to get a picture, selfie or a byte of BTS V. It seems some of the reporters/ARMYs also fell down. The videos are going viral in Hollywood News right now. Also Read – Trending Entertainment News: Aamir Khan grooves at Ira Khan-Nupur Shikhare engagement, Suniel Shetty confirms Athiya Shetty-KL Rahul wedding and more

Check out Kim Taehyung’s videos as he returns to South Korea here:

Kim Taehyung was given handwritten letters by an ARMY, which he graciously accepted while sitting in the car. ARMYs have been sharing clips of the same online. Also Read – Kim Taehyung in Paris: BTS V gives a sneak peek into his day; attacks ARMY’s hearts with shirtless pics

Someone gave taehyung a letter and he took it ^^

taehyung took some fan’s letters, he is the sweetest ? pic.twitter.com/nrc8A7CTdD

All the Bangtan Boys are very cordial and kind towards their fans and media. Kim Taehyung has shown his kindness a lot of times before. Be it stopping the reporter walking backwards to get his byte or fans who could have bumped into pillars, he has always asked them to be careful. And that’s what the Run BTS singer has done even now.

BTS V took to his social media handle and asked whether any of the ARMYs or reporters were injured. He said that he always gets worried whenever he is leaving or entering the country. Taetae said that he loves to see the ARMY but doesn’t feel good when they fall down or get hurt. “From now it would be nice to see each other again without getting injured or getting hurt,” read a loose translation of Taehyung’s message in Hangul. 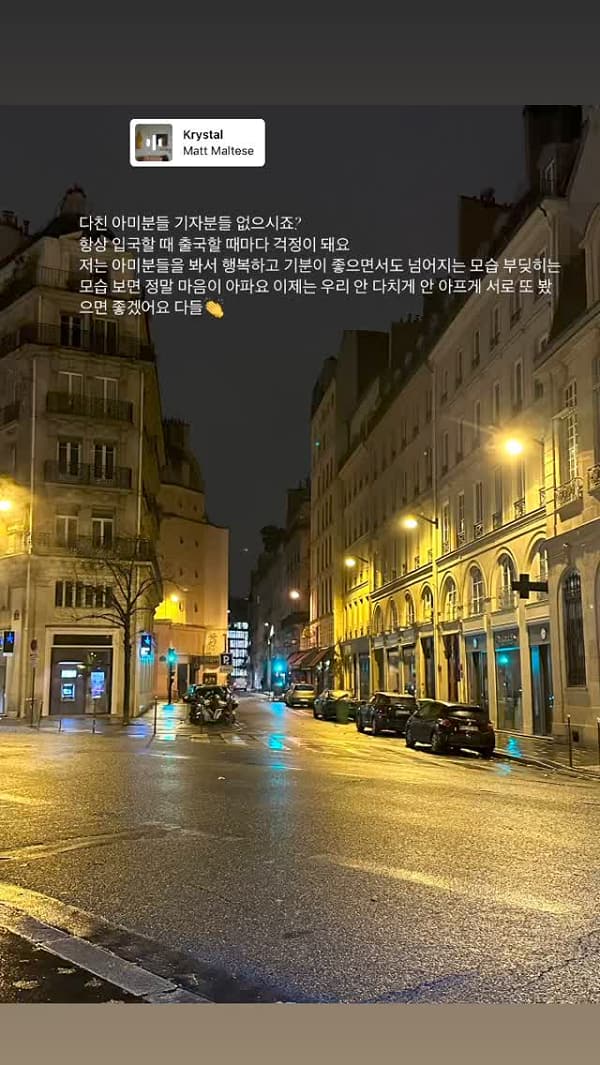 Meanwhile, Kim Taehyung’s schedule in Paris was quite a secretive one this time. Though he shared a lot of pictures a couple of hours ago, ARMY is eagerly waiting for him to announce his album debut.

An Uplifting and Magical Tour Through Time