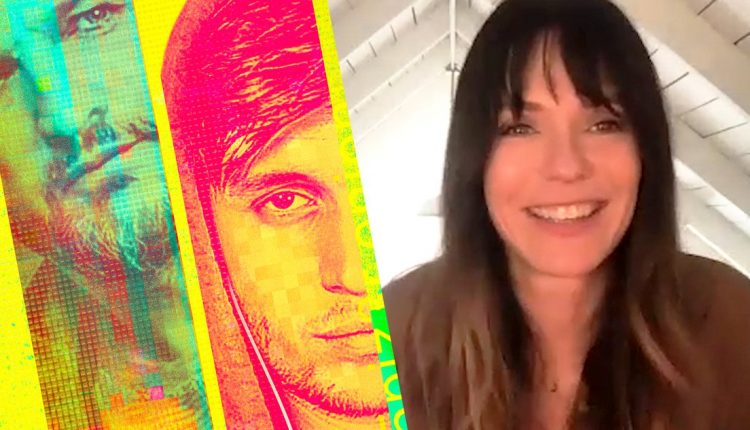 Katie Aselton deserves to be in the sitcom hall of fame for her role as Jenny on FX’s hit sitcom The League. She created a character like no other that will stand the test of time, and often outshined the rest of her cast, which included some of the greatest improv comedians of all time. Now, she turns a more serious note in the true life tale of Dread Pirate Roberts, playing wife to a DEA agent in director Tiller Russell’s Silk Road. We recently caught up with Katie for a deep dive into the life of Ross Ulbricht, as well as a look at what else she currently has on her plate.

It’s been a rough time for the entertainment industry as a whole, but Katie Aselton is navigating her way through the madness. She not only appears in Silk Road, but the acclaimed actress also shows up in a number of other recently released movies including She Dies Tomorrow and Synchronic, and is getting ready to make her third directorial effort after helming the 2010 dramatic comedy The Freebie and the 2012 thriller Black Rock. Though she has assembled a stellar cast of legends, she’s not quite ready to tell us anything more about the movie.

But she has quite a lot to say about her character Sandy Bowden in Silk Road. Katie Aselton plays the wife of Jason Clarke’s disreputable and dangerously unpredictable DEA agent Rick Bowden, and mother to their daughter. Their relationship is a bit rocky throughout the narrative, with both characters a combination of several real life individuals.

Inspired by larger-than-life actual events, but not entirely based in fact, Silk Road is a riveting crime thriller that follows the rise and fall of the infamous darknet site that sent a seismic shock through the World Wide Web. Young, idealistic, and driven to succeed, Ross Ulbricht (Nick Robinson) creates the internet’s first unregulated marketplace. But when it becomes a multimillion-dollar pipeline for illicit drugs, Ross is set on a collision course with Rick Bowden (Jason Clarke), a disreputable and dangerously unpredictable DEA agent, who will use any means necessary to take him down.

This thrilling new drama is based on the article Dead End on Silk Road: Internet Crime Kingpin Ross Ulbricht’s Big Fall by David Kushner, which was originally published in Rolling Stone. Director Tiller Russell has assembled a true ensemble that is complex and captivating, each cast member getting their moment to shine. Along with Katie Aselton, Jason Clarke and Nick Robinson, the rest of the cast is rounded out by Jimmi Simpson, Daniel David Stewart, Darrell Britt-Gibson, Lexi Rabe, Will Ropp, with Paul Walter Hauser, and Alexandra Shipp.

Paulington James Christensen III not only talks with Katie Aselton about her role in the movie, they also chat about a possible movie or revival for The League, how great Fun Mom Dinner actually is, and all the cool stuff Katie has coming up on the horizon.

Silk Road is playing in select theaters starting this Friday, February 19th. It will be released simultaneously On Demand and Digital. The Blu-ray and DVD will arrive the following week on February 23.