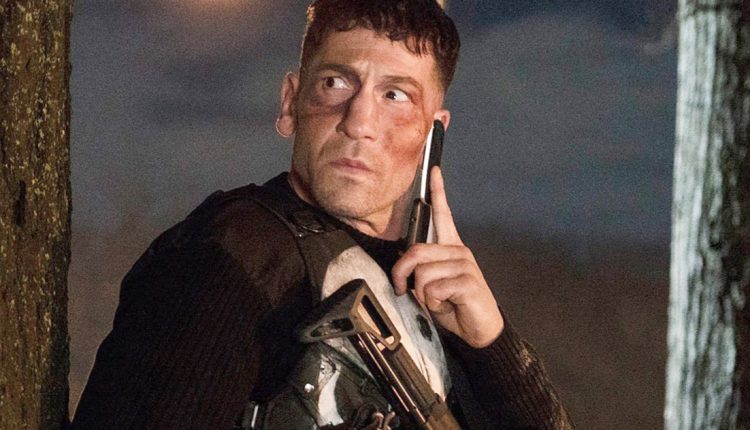 Ready your salt server, because certain sources have started to suggest that Marvel is looking to bring back The Punisher, with the studio reportedly wanting the part of the merciless vigilante to be played once again by Jon Bernthal. These sources are claiming that there is a “new Punisher project in the works with the same actor from Netflix,” though any other details remain suspiciously scarce at this time.

It is not known whether this alleged project would be for the big or small screen, but interestingly it sounds like The Punisher would be getting his own, standalone outing, rather than the character being folded into someone else’s story.

RELATED: Daredevil, Punisher and Netflix’s Defenders Are on the Board at Marvel Says Kevin Feige

While this is just a rumor right now, it does track with other recent news that the likes of Charlie Cox and Krysten Ritter will soon be introduced into the MCU, reprising the roles of Daredevil and Jessica Jones from their respective Netflix shows. According to a new report, Charlie Cox once again donned the red suit as Daredevil for upcoming Marvel sequel, Spider-Man 3, for a cameo that recently wrapped. Ritter meanwhile will reportedly return as private investigator Jessica Jones for the Disney+ series, She-Hulk, with the character no doubt teaming up with the titular superpowered lawyer to assist with a case.

Of course, none of this has officially been confirmed, but this would a slick, simple way to bring the characters back into the fray. Audiences and critics alike responded very favorably to the casting of each of these beloved Marvel icons, with many hoping that this would be the studio’s plan following the cancellation of the Marvel Netflix shows.

Since the likes of The Punisher and Daredevil came to an end, Marvel Studios President Kevin Feige has been bombarded with questions regarding whether audiences will ever see these iterations join the MCU. Despite often being rather cagey, Feige is gradually being worn down, and recently provided the most promising update yet. “Everything is on the board,” he said in response to whether Marvel had plans to bring the characters back. “That’s one of the fun things about the comics is that characters would appear and disappear and come and go. All of it is inspiration for the future. There are some great characters and actors from those shows.”

As for Jon Bernthal, he has already stated in the past that he is more than ready to return as The Punisher; “It’s unbelievably humbling how much people sort of responded to this version of Frank, and I can’t tell you how much it means to me because he means so much to me. He’s in my blood, he’s in my bones… So it’s not about whether we do it, it’s about getting it right, and doing the version that the fans really deserve. We’ll see. I mean, all of those decisions are made in rooms I am not invited into… But Frank’s always there, he’s always a part of me.”

Despite lacking any superpowers and instead just being really, really good at killing people, The Punisher remains one of Marvel’s most popular characters. Following the surprise cancellation of the Netflix series back in 2019, fans have been wondering when they will see the anti-hero next. Reportedly, the agreement between the streaming giant and Marvel states that the latter would not touch The Punisher for around two years, and we’re now just over halfway through, meaning that the studio can start thinking about what to do when the contract is up. Though, if this new rumor turns out to be true, they’ve been thinking a lot about it already…

This comes to us from Giant Freakin Robot.