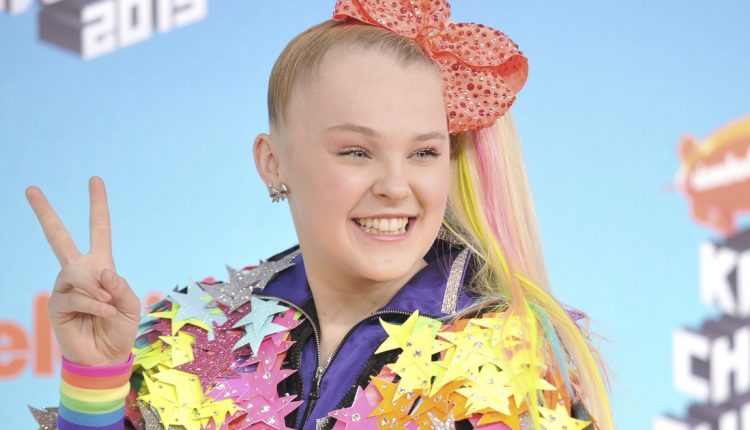 A jubilant JoJo Siwa is awash in love over her recent coming out and said that she’s the happiest she’s ever been.

The YouTube and Nickelodeon star, who came out as a member of the LGBTQ community Friday, brought fans up to date on her last few days during an Instagram Live. The hair-bow maven also addressed questions about her sexuality — mainly fans asking “what label are you?” — by saying that she didn’t ascribe to a specific one.

“You know, I have thought about this [label question], and the reason why I’m not ready to say this answer is because I don’t really know this answer,” the 17-year-old dancer and singer said Saturday. “I think humans are awesome. I think humans are really incredible people. I, right now, am super duper happy and I want to share everything with the world, I really do, but I also want to keep things in my life private until they’re ready to be public.”

Siwa couldn’t stop smiling during the nearly 15-minute video and said her face hurts because of it. The last few days — since she hinted at her sexuality in a TikTok video Thursday and made the official reveal Friday on Twitter — have been the best of her life, she said, fielding several questions and praising those who have supported and accepted her.

The merchandising powerhouse also offered this advice to those contending with naysayers.

The “Boomerang” and “D.R.E.A.M.” singer also said that her parents have known since before she came out. Her dad responded by saying “love is universal” and her mom said that she knew for the last two years. Siwa herself wasn’t sure how long she’d known.

She also shut down speculation around her breakup with boyfriend Mark Bontempo in November, citing their youth and changing lives as factors in the split.

“I think in life, you know when you meet your person,” she added.

“JoJo Siwa’s decision to share her truth with the world is a powerful moment that is being celebrated by the millions around the world who admire her,” said Sarah Kate Ellis, the president and CEO of media watchdog GLAAD, in a statement to The Times. “As one of the most influential young role models today, JoJo’s story is a reminder for LGBTQ youth to love who they are and to find safe and welcoming environments to speak out.”

As one of the most influential young role models today, Jojo’s story is a reminder for LGBTQ youth to love who they are and to find safe and welcoming environments to speak out.

The popular YouTuber hasn’t been out of the news cycle for long. In December, she and her family contracted COVID-19. And earlier this month, she was confronted with backlash over her JoJo’s Juice board game, which riled parents who deemed some of its content inappropriate. (The Siwa-branded game, targeted for ages 6 and older, allegedly featured question cards asking players if they’d ever walked in on someone naked or went outside without wearing underwear).

Siwa swiftly responded to the backlash, and Nickelodeon and game maker Spin Master halted production of the game. They also requested that retailers pull remaining product from their shelves.