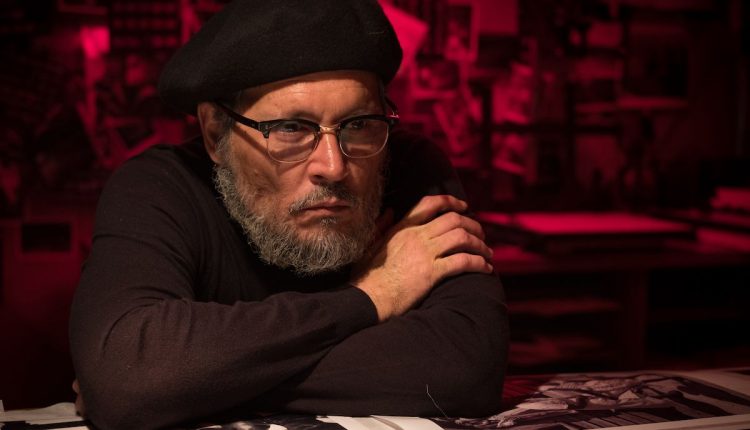 Minamata tells the harrowing true story of a famed photographer’s exposé of mercury poisoning in a Japanese fishing village. Thousands of people, including children, were killed, disfigured, and permanently disabled with severe neurological issues. Johnny Depp returns to peak acting form as Eugene Smith, the Life photojournalist who publicized the tragedy at great personal risk. Minamata depicts the callous greed of corporate profits over the sanctity of human life. And how the company used the tenets of Japanese culture to shame and cower the suffering.

In 1971 New York City, Gene Smith (Johnny Depp) was broke, on the verge of eviction, and drowning his troubles in alcohol. He mocked Life’s editor, Robert Hayes (Bill Nighy), for turning a treasured magazine into commercial nonsense. Hayes respected Smith’s brilliant photographic work but had no more latitude for his drunken antics. Smith’s descent into oblivion comes to an abrupt halt after a visit from a Japanese translator, Aileen Mioko (Minami), and her colleague, Tatsuo Matsumura (Tadanobu Asano).

The pair bring news clippings about the Japanese fishing village of Minamata. The locals were afflicted with varying levels of mercury poisoning. Chisso, a powerful chemical company, had been dumping toxic waste into the ocean nearby for years. Gene Smith convinces Robert Hayes to send him to Japan. A stranger in a strange land, he’s deeply affected by the plight of the villagers. Their disfigured bodies, shaking limbs, and near-catatonic children spur him to act. He meticulously photographs Minamata, but quickly ends up on the radar of Chisso’s merciless CEO (Jun Kunimara).

We see the events in Minamata from Gene Smith’s perspective. Aileen shepherds him through the cultural differences, but he’s truly the proverbial fish out of water. Smith is shocked by the state of the locals. Every family had been affected, but only a vocal few would speak out or allow themselves to be photographed. They were embarrassed to confront their abusers. The film addresses this problem with a deft hand. Smith had to earn the villagers’ trust to become their champion.

Andrew Levitas, the producer of over a dozen independent films, serves as writer and director of Minamata. He and award-winning French cinematographer Benoît Delhomme (The Proposition, The Theory of Everything) employ different artistic tools to show Eugene Smith’s journey. He shot exclusively in stark black and white. The filmmakers use still imagery and 16MM handheld cameras to envelop the audience. The change in aspect ratio and film stock gives Minamata a guerrilla approach at key points. You feel the characters’ David vs Goliath struggle. It’s a constant reminder of a cruel wrong, oppressive tactics, and Chisso’s blatant disregard for anything but money.

Johnny Depp’s personal life has been tabloid fodder for years. It’s great to see him back on screen as a captivating lead actor. Eugene Smith had an interesting personality. He was a supremely talented photographer but had given up on a meaningful life. Depp plays the character across a spectrum of realization. Smith finds purpose and a partner in Aileen. The role also has a physical aspect that progressively becomes more important. Chisso had no qualms about resorting to violence.

Industrial pollution wreaks havoc in the environment and alters life. Minamata disease is a glaring example of the worst-case scenario, and the unfortunate lengths innocent people must fight to preserve healthy communities. This event occurred fifty years ago in a time where an intrepid photographer was needed to raise the alarm. There is no excuse in the modern world of instant information and documentation. Yet corporate polluters persist with very little recourse from governments. Minamata is a production of Ingenious and Metalwork Pictures. It is currently in limited theatrical release from HanWay Films.

Betty White’s last word showed how much love she still had for her husband according to Mama’s Family star Vicki Lawrence.