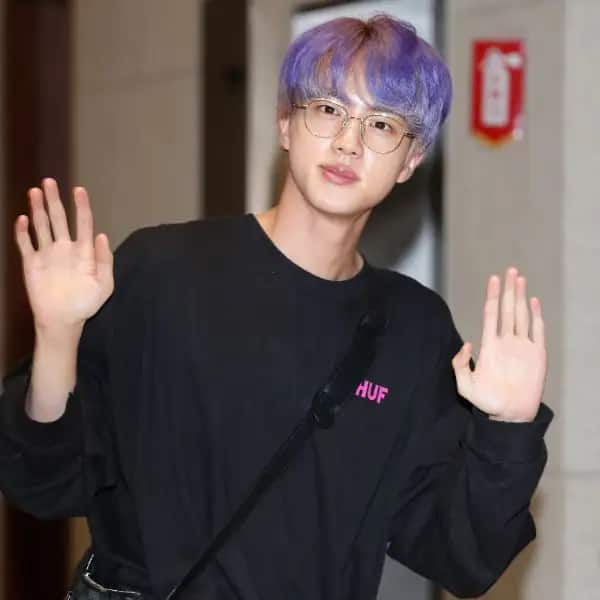 The most popular Korean pop band BTS member Jin has always been quite vocal about his love for BTS’s show, In the SOOP. ARMY might agree with this they are eagerly waiting for season 3 of the show. Well, Jin completely agrees with ARMY’s choice and even says that there should be a season 3. Jin has said that he loves filming the show as it gives him time to relax and do what he likes doing the most. In the SOOP season 2, Jin was seen spending quality time playing video games, tennis, football, and volleyball with his Bangtan boys. He was even seen relaxing in the pool. Also Read – BTS’ V, Jungkook, Jimin, J-Hope attend Harry Styles’ concert in LA and ARMY is tripping over maknae linehaving FUN – view tweets

Jimin was also seen spending time with the members. Behind-the-scenes footage from the show is on social media, wherein Jimin was seen working out and he invited Jin to join him for a workout. Jin was seen walking into the PC room and was finding a game to play as Jimin started with his workout routine. As Jin walked into the PC room, Jimin called him and said, “Jin do you want to work out?” Also Read – Hollywood News Weekly Rewind: BTS member Jungkook’s meal costs a bomb, Camila Cabello and Shawn Mendes call it quits and more

Jin’s savage reply is way too hilarious as he said, “How could you ask such a question? I won’t do such a thing?” Instead of working out, Jin started playing Minesweeper on the computer. In the SOOP 2, finale episode Jin said that his idea of relaxing is the opposite of Jimin and RM‘s idea of resting. Well, it seems as Jin enjoys spending time on things he loves doing the most. Do you agree with his idea of resting? Also Read – Trending Hollywood News Today: BTS’ Bangladeshi fan claims getting rape threats, James Blunt freaks out by ‘ghosts’ and more