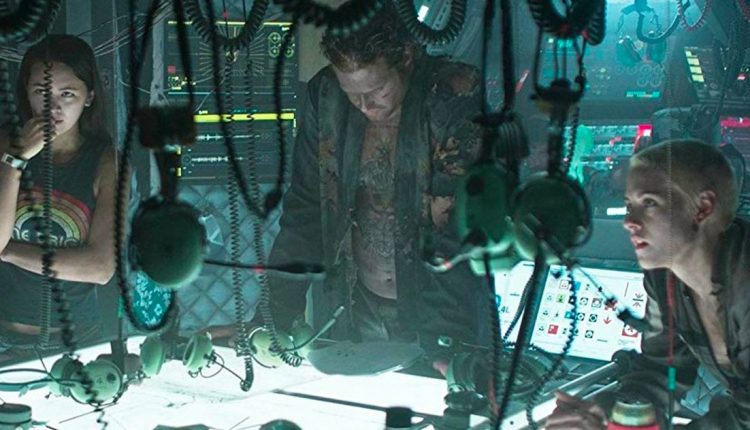 Jessica Henwick has been rising through the Hollywood ranks in recent years, and 2020 is set to be a big one for her. Not only does she star in this weekend’s big-scale horror flick Underwater, but she’s also got the apocalyptic Monster Problems and the much-anticipated Godzilla vs. Kong on deck. Henwick certainly seems to be carving out a niche for herself this year. But there is plenty more on the horizon for the 27-year-old actresses that doesn’t involve monsters. She was recently cast in The Matrix 4 alongside Keanu Reeves, for one.

Viewers may know Jessica Henwick from her roles in shows like HBO’s Game of Thrones or Netflix’s Iron Fist. But with some of the high-profile projects she’s got on deck, people will surely become much more familiar with her very soon. As for Underwater, the movie comes from director William Eubank (The Signal) and is very much an ensemble piece that also stars Kristen Stewart, Vincent Cassel and John Gallagher Jr. It centers on a group of people aboard a deep-sea drilling installment that run into trouble when mysterious creatures are released. They begin to terrorize the crew who are hopelessly trapped seven miles below the surface and must take some serious risks if they hope to escape with their lives. Suffice it to say, fans have been excited for the movie ever since the first Underwater trailer dropped.

I recently had the chance to speak with Jessica Henwick in honor of the release of Underwater. In addition to her latest movie, we also talked about some of her other upcoming projects as well, such as Godzilla vs. Kong and The Matrix 4.

So we’re talking about Underwater today. First off, for me, I’m certainly getting some Abyss vibes from this. But how would how would you explain this movie to people? To me, it kind of looks like a classic monster movie. But how would you describe it?

Now, this is one of those, there’s definitely an ensemble factor to this. One can assume that people get picked off one by one, maybe. You play a character named Emily. How does she fit into this whole thing? What’s her role in all of this?

Got it. So you’re the one that just panics and freaks everybody else out.

So this is, it’s probably not like a straight-up horror movie in the traditional sense. But it definitely has that vibe to it. Do you consider yourself a horror fan? Or was this a little bit out of your comfort zone in that way?

Jessica Henwick: I mean, I think I’m quite picky with what I watch. I like thriller horrors. I love Don’t Breathe, Get Out, A Quiet Place. I love all of those films, especially because they’re all very contained, it feels. And the same thing with Underwater. This isn’t a film which takes place over a week or a year. It’s one hour, two hours off their lives. There was no flash-forwards or flashbacks. We just get to see these guys under the worst possible circumstances. We don’t know what they’re like normally. Maybe Emily is really cool and collected on a day to day basis. But here she’s a hot mess.

Kind of adjacent to this, this is actually not your only big monster movie this year. You’re in Godzilla vs Kong as well.

What can you tell me about that?

Jessica Henwick: What can I tell you about that? I mean, it’s coming out at the end of the year. I don’t really know what I can say character wise, except that I got to work with some great actors. I’m really excited for it.

Jessica Henwick: So excited. I’m so excited. What a dream come true. I feel very lucky.

There’s a lot of talk about what’s worth going to the theater for. Netflix versus the theatrical experience and all of this stuff. In your mind, what makes this worth the trip to the theater? Why should people leave the house and go check this thing out.

Jessica Henwick: I think that this is the kind of film which is enjoyed in a huge dark room with a giant screen and the best sound system that you can get. It’s not a film that you should watch on your phone. It’s a visual spectacle. And if you want that feeling of claustrophobia, it’s just so much easier at the cinema. It is definitely worth going to see in the cinema over home streaming.

Underwater arrives in theaters this weekend from 20th Century Fox.

A pair of astronomers (Jennifer Lawrence, Leonardo DiCaprio) try to warn a selfish President (Meryl Streep) about a deadly comet in Don’t Look Up.

See Jeremy O. Harris and the Stars of Slave Play Get Reflective on Opening Night | Srtalent