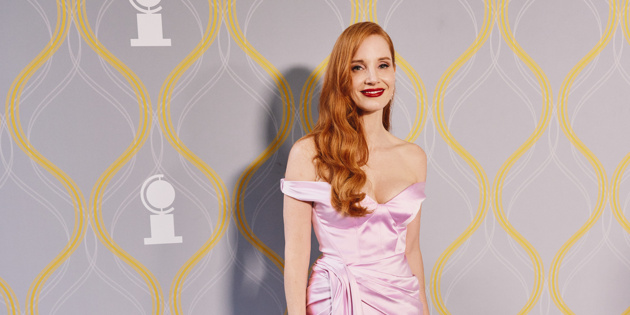 Oscar winner Jessica Chastain is heading back to Broadway. She will play Nora Helmer in a new adaptation of Henrik Ibsen’s landmark drama A Doll’s House by Amy Herzog with direction by Jamie Lloyd.

Chastain made her Broadway debut in The Heiress in 2012. She can currently be seen in Netflix’s The Good Nurse and stars as Tammy Wynette in in the upcoming Showtime limited series George & Tammy opposite Michael Shannon. Chastain won Best Actress at the Screen Actors Guild Awards, Critics Choice Awards and the Academy Awards for her starring role as Tammy Faye in The Eyes of Tammy Faye in 2021. Her screen credits also include Scenes From A Marriage, The Forgiven, Molly’s Game, Interstellar, Tree of Life, Zero Dark Thirty and more.

A Doll’s House thrust drama firmly into the modern age when it premiered in 1879. Now director Lloyd and playwright Herzog will make freshly relevant a story that shocked audiences and brought forth a new era of theater, and Chastain will inhabit one of the theater’s most iconic roles, reenergizing the play for a whole new generation.

“When I sat down with the brilliant Jamie Lloyd five years ago to discuss a possible collaboration, I was over the moon when we decided on A Doll’s House. We were set to start rehearsals in London in April 2020, but little did we know what the world (and a pandemic) had in store for us,” Chastain said in a statement. “New York has been my home for over 20 years, and it’s immensely important to me to take care of this city and support my artist neighbors. So, I couldn’t be happier to play Nora in A Doll’s House on Broadway!”

Further details, including dates, a theater and additional casting, will be announced later.

How ‘The Walking Dead’ changed the course of the TV revolution

FIFA World Cup 2022: BTS member Jungkook saves the inauguration ceremony; here's why Shakira, Dua Lipa and others backed out of performing in Qatar