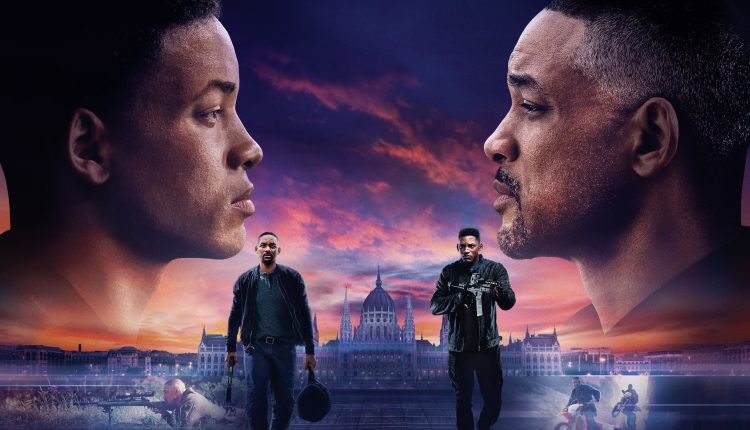 History will be unable to write the story of Hollywood without the name Jerry Bruckheimer. The man has been producing some of our biggest movies for the better part of four decades now, with Top Gun, Pirates of the Caribbean, Bad Boys and Black Hawk Down, just to name a few, all on his resume. Last year saw Bruckheimer produce the action flick Gemini Man, a project that had been kicking around for years. Finally, with the help of Will Smith and Ang Lee, it was realized. Bruckheimer was no small part of that.

Gemini Man is available now on Digital HD, with the 4K, Blu-ray and DVD arriving January 14. The sci-fi action adventure centers Henry Brogan (Will Smith), an elite 51-year-old assassin who’s ready to hang it up after dozens of jobs. His plans get turned upside down when he winds up in the crosshairs of a mysterious operative who can seemingly predict his every move. This turns out to be a younger, faster, cloned version of himself, dubbed “junior.” For years, it was an issue of finding the right star who could pull this off. Smith became that star. And Ang Lee, the director of Brokeback Mountain and Crouching Tiger, Hidden Dragon, who, in recent years, has become focused on pushing the bounds of theatrical technology, was the right man for the job.

I recently had the pleasure of chatting with Jerry Bruckheimer about the challenges of making Gemini Man, not the least of which being that they had to make a completely digital version of Will Smith in his 20s. We also discuss his career in Hollywood, Top Gun: Maverick and much more.

Gemini Man is why we’re talking today. This is a project that famously took a very long time to get made. I had heard Mel Gibson was attached at one point or another. At what point did you become involved and how long did it take to actually get it to see the light of day?

Jerry Bruckheimer: I’m kind of guessing it was 15 years, at least. I wasn’t involved in the Mel Gibson part of it, if that’s true at all, because I’m not sure it is. But the hard part of getting the movie made is to find an actor, like a Mel Gibson, who is relevant today, and you recognize when he was 21, 22 years old. And Will Smith is the person who fit into that category. Everyone remembers him from Fresh Prince, and he’s still a huge movie star today. Hard shoes to fill.

You’ve worked with some huge movie stars over your career, and Will Smith a few times. What is it that sets him apart from other actors, in your mind, and what helped make him the right guy to finally make this happen?

Jerry Bruckheimer: You start, he’s a brilliant actor. That’s where it starts and ends. He’s a charismatic individual. His personality, everything about him. You want to be around him. You want to be like him. And he’s the hardest working actor. I mean, he worked tirelessly with us on the screenplay. We worked seven days a work. Directors work with him very closely. And Martin Lawrence was there seven days a week… I’m thinking of the wrong movie! Sorry. We’ve got Bad Boys coming out [laughs]. No, Will is really a hardworking guy. He really is. And you work with Ang Lee. He’s just one of those guys that loves to tell stories.

You mentioned Ang Lee. Obviously, he is a master at his craft. What was it like working with him and how did he fit in bringing this very unique movie to life? Because I’m not really sure that we’ve ever had anything quite like this before. Even though it does feel like a 90s action movie, it is very unique.

Jerry Bruckheimer: It is, and it’s because of Ang Lee’s storytelling ability. The fact that he had a vision for the movie. He’s a big proponent of this technology, 120 frames [per second], 4K, 3D. He loves that. He would like other filmmakers to start using that. He took on an enormous challenge. First of all, it’s very difficult to create a digital human being. This is a fully digital junior. And to do it at what? Four or five times the normal frame rate, so you see every pore, everything. It is really hard to do. It would have been much easier had he shot it at 24 frames, as far as what junior looked like, but he pulled it off perfectly. It’s all because of the energy and the time that his creative team. Our digital experts and the team at Weta pulled this off.

It was scary because none of us knew if we could pull this off, to be honest with you, when we started the project. But Ang said, “Look, I think I can do it, but I’m not sure.” He was totally honest, and he did it. He created an exact version of Will at 23, 24 years old.

I will say, it was stunning how much he looked like the old Will that we were so used to seeing. It was really crazy.

Jerry Bruckheimer: It really is. Ang’s a special director. He’s a two-time Academy Award winner. He embraces technology. He wants to take cinema to the next level. He really believes that cinema hasn’t changed since going from black and white to color, and even though we have all of these technological advances, the exhibition hasn’t changed that much. So, he wants to get more people into the theaters by using this new technology. Look, it’s immersive. I don’t know if you saw it at 120 frames, because there are very few places that can show it at 120 frames, but even at 60 frames you feel like the actors are actually in the theater with you.

If you don’t mind, if I can ask just a slightly more general question, producer is a title that’s thrown around a lot and I just think a lot of people don’t know what that job really means. As far as producers go, it’s hard to think of anyone that’s more accomplished than you. So, can you give a window into what your job is on a movie like this? What is your role? How do you fit in? What do you do to help bring this movie to life?

Jerry Bruckheimer: The analogy that I usually use is we’re like a home builder. We’re like builders. We find an architect to come up with a plan, which could be the director or the writer, or both. We go to a bank and get financing, which in this case was Skydance and Paramount. Then we got market it, and that’s what we do. We’re involved every step of the way. We’re the ones that hire the writers and the director. We’re the ones that deal with the studio people and try to work with them. We try and get the best results, with their help.

Your resume is genuinely staggering. In preparing for this interview, obviously I’m very familiar with your work, but it’s just truly stunning seeing the amount of movies that you’ve had that have just become part of our cultural lexicon. A ton of those movies have been huge successes by many definitions. But, in the movie business, there’s no one way to define success. So, as someone who has enjoyed a long career in this business, how do you define success for a project that you work on, on a personal level?

Jerry Bruckheimer: I look at it, if I love the movie, and I love Gemini Man, and we can engage an audience, which we have, I’m very happy. Watching people watch Gemini Man, understanding that they’ve seen something totally new in cinema that they hadn’t seen before. Ang is a groundbreaker. He’s made some of those movies that will always be talked about. Introducing this new technology, even though it had been around before and other filmmakers had used it, but he perfected it. He saw what he did in [Billy Lynn’s Long Halftime Walk] and he made it even better. He created a new technology. He had the cameras built, he had the rigs built. So this is a pure invention of Ang.

You did mention Bad Boys a minute ago and it’s interesting because, in the next year, you have a couple of entries that are revisiting stuff from your history, and you have Top Gun 2 coming out. Top Gun was one of your first really big breakout hits as a producer. So what was it like to revisit that part of your career with this new movie?

Jerry Bruckheimer: It’s deja vu. It’s fantastic. It’s like going back to camp and seeing all of your old friends. Tom [Cruise] is such a force and such a wonderful person to work with. He’s all-encompassing into everything. He works harder than anyone you could imagine. You know, I get a call at 6 in the morning on Sunday morning asking about the mix we had. The door closing was too loud. He’s really invested in everything that he does and he puts both feet in, both arms and tries to make the best movie possible. That’s what I love about him. That’s why he’s an actor who has created a career that has lasted this long and will continue.

Jerry Bruckheimer: I got in through a mailroom at an advertising agency and got myself to Hollywood through being offered a job to come out here for no money. I think any way you can get in, whether you’re PA or a writer, you’ve just got to write, or direct. Look, it’s easier now than it’s ever been before because of things like iPhones where you can make movies. Kids make movies, they put them on the internet. Kids make music, they put it on the internet, and they get big deals. So there is a way for anybody to have the tools to start a career.

Gemini Man is available now on Digital HD and on Blu-ray/DVD and 4K Ultra HD on January 14 from Paramount Pictures.

Stays Very Stable During The 5th Week, Katrina Kaif Is The Only Actress With 2 Films In The 190s