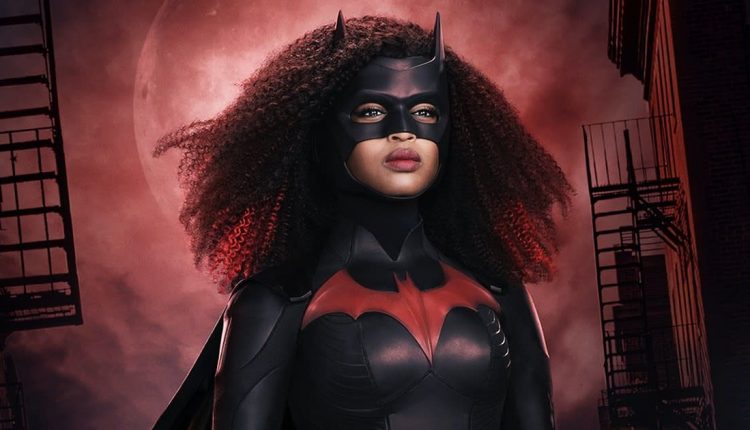 Javicia Leslie made headlines in the summer of 2020 when The CW announced her casting as Batwoman‘s newest actor to don the iconic cape and cowl of the eponymous heroine. It was a monumental moment for both Leslie and Batwoman fans alike precisely because she effectively became the first Black and queer woman, throughout the history of onscreen adaptations, to play the beloved DC character. Immediately, Leslie understood the responsibility of putting on the suit:

“I’m constantly reminded about what this means to so many people and how this really has nothing to do with me and everything to do with what putting on that suit means. The first time I put the suit on, I immediately felt an immense responsibility to save the world. Me, Javicia. Not even me as Ryan.”

Leslie’s Ryan Wilder, a character created specifically for The CW series, served as the replacement for Kate Kane, originally played by Ruby Rose (whose own casting—she was the first out, lesbian actor to play an out, lesbian heroine on TV—was an emotional and revolutionary milestone in its own right). In fact, the series initially drew heavy criticism when it announced that, upon Rose’s departure from the series, Kate Kane would not be recast and would, instead, be replaced by an entirely new character. However, in a statement that she originally shared on Twitter, showrunner Caroline Dries assured a commitment to not only maintaining Batwoman’s LGBTQ+ identity but also casting an actress who identified with the LGBTQ+ community.

This is one of the reasons why Batwoman is an important figure on television and, more generally, in the superhero genre as a whole: for the longest time, on both big screens and small, the image of the superhero was quintessentially straight, white, and male. It’s no wonder, then, that Leslie felt a responsibility to her character; more than just Batwoman’s comic book legacy, Leslie was a symbol for queer, racialized, and women communities. Interestingly, though it sounds like a lot to shoulder, it’s ultimately a responsibility that doesn’t feel like a burden for the actress.

On Feeling Empowered By Being the First Black & Queer Batwoman

“I don’t think I ever wasn’t confident about it,” Leslie said when asked about living up to the responsibility of the role. “What made it natural was that the responsibility [was ultimately] for me to be my 100% authentic self. That’s the responsibility: to make sure that I maintain my core values. And that doesn’t change [depending on how many seasons I’ve done]. That’s something that I consistently try to do no matter what project I’m working on or how long I’m in a project.”

Indeed, it’s evident—even from just a clip (though you should certainly tune into the entire series)—why Leslie was chosen to be Batwoman: there’s a quiet strength to her performance that lends itself immediately a kind of cool confidence that, at the same time, feels undeniably warm. Even throughout our phone interview, the thoughtfulness and openness with which she spoke shone through and are essentially a testament to a refreshing degree of authenticity and groundedness as a person.

Which makes sense: when Leslie took the leap of faith (that every actor inevitably does) and first started auditioning for parts, she always knew it would work out. “There was no hesitation [that] I wasn’t going to do it. There was probably a little fear about how [it would happen], but I knew I was going to do it no matter what. I knew God had me, and I knew [acting] was where I was supposed to be.” It’s clear that Leslie knows who she is and what she stands for—Batwoman is just an extension of her strength as a person.

On Working on a Show That Amplifies Diversity

Batwoman, from the get-go, featured an incredibly diverse cast, but it arguably wasn’t until Leslie’s debut season as the Caped Crusader that the series cemented itself as a show that actually walked the walk in terms of diversity and equitable representation. “My cast and I—we all look at ourselves and each other [on set], and we’re just so honored to be a diverse cast, where we know that so many people can see us and feel so represented.”

In fact, last season explored a storyline revolving around police brutality, accountability, and the need for systemic change via the “Crows” (a private and corrupt security agency), an episode that was inspired by the Black Lives Matter movement and discourse that reached an apex in the summer of 2020. “I love our way of playing with the world that already exists in the Batwoman comics, [and then] bringing it into the modern-day and the issues we deal with. Last season, we had the Black Lives Matter episode—and how important that was for our community to be able to deal with that onscreen in the best way that we could.”

What’s more, this season, Nicole Kang’s introduction as Poison Ivy, Batwoman is definitely leading the pack in terms of redefining what a superhero narrative can be and who can play beloved comic book characters. “We really cheer each other on for our specific roles. When Nicole became Poison Ivy, I knew how important that was, and how excited I was for her to be our first Asian-American Poison Ivy on the show. That’s a barrier that’s now broken. You can’t say Poison Ivy can only work one way. With our show, we’re showing that there’s no race on a superhero suit. It can be any race and be these beautiful characters that we watched [and loved] our entire lives.”

“My whole job was to make sure I maintain the company and the Batcave,” Leslie said, citing the midseason finale that saw Marquis Jet (Nick Creegan) taking over Wayne Enterprises, which was left in Ryan Wilder’s hand when Kate Kane left Gotham. “I look forward to everyone seeing what happens when we return with, specifically, Marquis and Poison Ivy—and how the heck Ryan’s going to handle it.”

When asked what else she was looking forward to this year, Leslie said: “Rest and relaxation.” Indeed, coming out of season 2 going into season 3 of Batwoman, the actress cited rest as one of the biggest lessons she learned. “From an acting standpoint, I make sure that I [am able to get] a full eight hours of sleep so that I can wake up early in the morning to do the things I need to do for myself before I start the day, and I’m completely prepared.” Spoken like a consummate professional and a true Batwoman.

“It just so happens that I ended up being in a role that is really in alignment with who I am. So, what I remind myself to do while I’m on the show is to try to be as authentically who I am as possible because, then, there’s nothing to regret. Because I know I did that from my core. I know that I’ve done it from my heart.”

Thor: Love and Thunder could bring some of Valkyrie’s unseen comic-accurate powers into the MCU.

10 of the Best British TV Shows of All Time