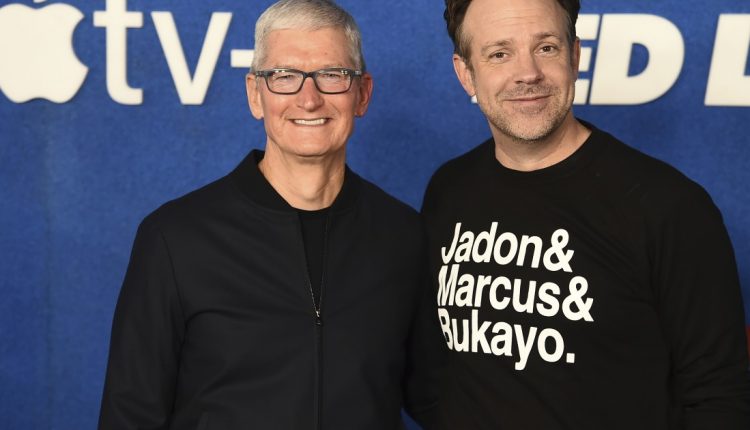 On Thursday, he arrived at the Pacific Design Center in West Hollywood for the “Ted Lasso” Season 2 premiere sporting a black shirt with the names of the England soccer players to denounce the anti-Blackness they recently experienced online.

When Bukayo Saka, Marcus Rashford and Jadon Sancho missed their penalty kicks during the European Championship finals against Italy on Sunday, subsequently losing the game 3-2 in an overtime shootout, they were immediately flooded with racist insults on social media.

Known for portraying the inspiring American college football coach who leads the English Premier League team on “Ted Lasso,” Apple TV+’s Emmy-nominated show, Sudeikis showed that his role as a team player extends beyond the screen.

Fans responded to Sudeikis’ wardrobe choice on Twitter with much admiration.

“My goodness he rocks,” someone responded to a Twitter image of the shirt, while another user wrote, “cool shirt.”

Roger Bennett, cohost of the podcast “Men in Blazers,” posted on Twitter, saying, “Huge love for Jason Sudeikis’s sweatshirt at tonight’s Ted Lasso Season 2 Premier. Shows that like his character, he truly understands that football in his heart, is all about human goodness.”

Others, including Prince William and actors Tom Holland and Sacha Baron Cohen, have spoken out against the deplorable abuse that the three England players have faced.

BTS: Throwback to when RM made us go aww over his cuteness as he responded to a flirty fan — watch video