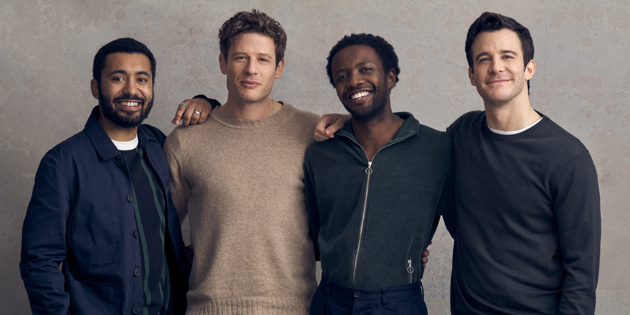 Tony-winning director Ivo van Hove is bringing his English-language stage version of Hanya Yanagihara’s prize-winning novel A Little Life to the West End next year. The production will begin at London’s Richmond Theatre from March 14-18, 2023 ahead of its first performance in the West End at the Harold Pinter Theatre on March 25. A Little Life will officially open on March 30 and it set to run through June 18.

“It’s a joy to be returning to the London stage, to a community that has made us feel so welcome, and especially to be bringing Hanya’s incredible novel A Little Life to the stage in the English language for the first time – quite genuinely a dream come true,” van Hove said in a statement. “I’m looking forward to beginning rehearsals with this extraordinary and committed group of actors to reveal the work afresh for audiences from across the U.K.”

A Little Life follows four college friends in New York City: aspiring actor Willem, successful architect Malcolm, struggling artist JB, and prodigious lawyer Jude. As ambition, addiction and pride threaten to pull the group apart, they always find themselves bound by their love for Jude and the mysteries of his past. But when those secrets come to light, they finally learn that to know Jude St. Francis is to understand the limitless potential of love in the face of life.

The stage production of A Little Life is adapted by Koen Tachelet, van Hove and Yanagihara. It features set and lighting design by Jan Versweyveld, costume design by An D’Huys and music and sound design by Eric Sleichim.

Van Hove premiered A Little Life in Amsterdam in 2018. The play, presented in German with English subtitles, was also seen at the Brooklyn Academy of Music in October.

Why Hulu and other streamers are cashing in on true crime.

Jin confirms military enlistment news; requests ARMY not to land up at the base camp for THIS reason