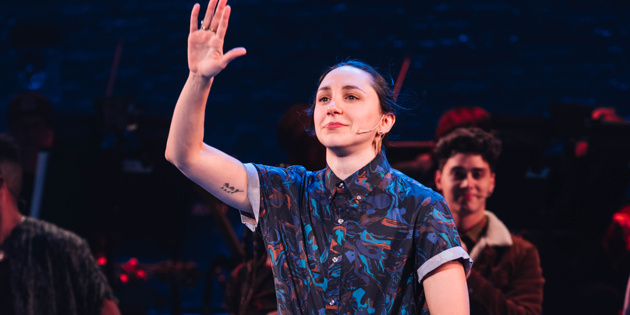 After past fan confusion over the topic of the gender identity of one its lead characters, producers of the Tony-nominated musical Jagged Little Pill have announced script changes for the upcoming Broadway reboot.

“We want to recognize the reasonable and deeply felt upset around the issues of transparency and accountability and the character of Jo,” lead producers Vivek J. Tiwary, Arvind Ethan David and Eva Price said in a statement. “Broadway has much work to do. We have much work to do. We look forward to doing it together.”

When the show premiered at the American Repertory Theatre in Cambridge, MA, Jo (played by Tony nominee Lauren Patten) was clearly gender non-confirming, but script revisions prior to the show’s premiere on Broadway removed that clarity. When pushed to address the changes, producers initially stated the character was never non-binary, which they apologize for in the new statement.

When the show restarts at the Broadhurst Theatre on October 21, Jo will be, according to the statement, ”a gender nonconforming teen who is on an open-ended journey with regard to their queerness and gender identity.” The show has hired a dramaturgical team to navigate script adjustments, clearly pointing out that there is non-binary, transgender and BIPOC representation on that team.

Jagged Little Pill producers also stated intentions to seek out performers in the future who are “on gender journeys or understand that experience personally—including artists who are non-binary, gender fluid, gender-expansive—or otherwise fall under the trans community umbrella.”

In addition, a Director of People & Culture was hired by the show to be “an ongoing source of support, training and advocacy for the company and crew,” and to specifically address transphobia and anti-racism. Along those lines, Jagged Little Pill has partnered with the charities The Trevor Project and Trans Lifeline.