How sea shanty TikTok and ‘Wellerman’ took over the internet 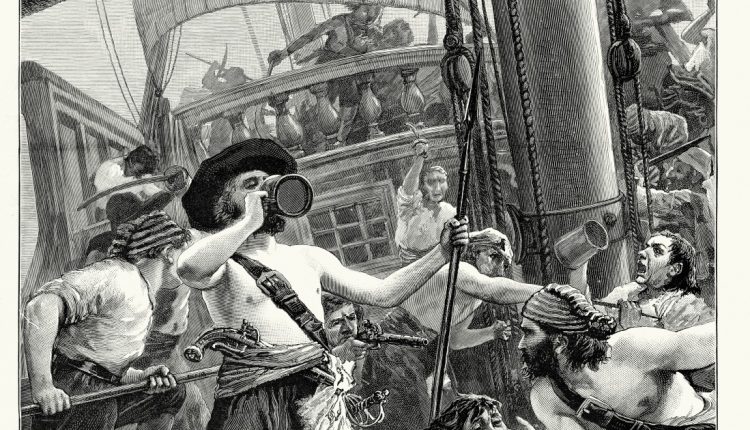 Last week James Revell Carr, an ethnomusicology professor at the University of Kentucky and a scholar on maritime song, was watching the chaotic news cycle on TV when he had an idle, discouraging thought about his area of expertise. “You know, I’ll probably never get called for any kind of news thing again,” he recalled on the phone from his home in Lexington. “What possible way could sea shanties come up in the news?”

Then, like Moby Dick rising from the muffled rollings of a milky sea, shanties roared into the here and now. On TikTok, a Scottish postman-musician’s take on the old song, “Soon May the Wellerman Come,” went viral. Within days the invigorating work-song and others of its ilk, sung to keep rhythm during laborious, group-driven jobs, had overtaken the social media platform and flooded into the larger cultural conversation.

Think of it as that guy on a skateboard rolling to Fleetwood Mac’s “Dreams” — but with teens y’arrrgging along to the lyrics, “Soon may the Wellerman come! / To bring us sugar and tea and rum!”

“Lo and behold, here we are,” Carr said with a laugh — and a touch of awe.

Carr grew up in the Atlantic coast town of Mystic, Conn., and has been immersed in sea shanties for much of his life. He discovered the music as a teen who was then listening to the Clash and Devo while working summers at the city’s seaport museum “doing demonstrations on the sailing ships, raising the sails and singing chanties as we did those jobs.”

When he moved to San Francisco, he led 100-person shanty sing-alongs for tourists, and while getting his ethnomusicology degree at UC-Santa Barbara, learned that the music’s origins were first documented among Pacific laborers by Richard Henry Dana Jr. — for whom Dana Point is named. Dana described the practice as “singing out at the rope.”

Herman Melville captured the importance of hiring music-minded seamen for extended journeys, which could last three or four years. “It is a great thing in a sailor to know how to sing well, for he gets a great name by it from the officers, and a good deal of popularity among his shipmates,” Melville wrote in 1849. “Some sea captains, before shipping a man, always ask him whether he can sing out at a rope.”

Melville added that when the sailors started to lag, the mate would bark out a command: “Come men, can’t any of you sing? Sing now and raise the dead.”

Drawn to what he calls “its weirdness,” Carr said that as a teen, the music checked all the boxes: “It was obscure, but also has that punk rock energy — a power and excitement in the songs.”

Fast-forward to a few days ago, when Carr first learned of #ShantyTok, as the movement has been dubbed. The craze started after Nathan Evans, 26, who had been uploading shanties to the platform for about a year, posted a clip singing “Wellerman.” His phrasing of the key line — “Soon may the Wellerman come / To bring us sugar and tea and rum!” — resonated with a culture eager for worldly pleasure after a year at sea.

From there, TikTok did what it does best: amplify a singular moment of solitude until it becomes a communal celebration.

The platform’s collaboration feature further amplified the clip as musicians — violinists, bassists, drummers, remixers — added accents. A musical style created for group sing-along, soon people stacked layers of vocalists bellowing “… bring us sugar and tea and rum!” Others cranked it on their car stereos to skeptical passengers as if it were “Straight Outta Compton,” and within a few edits the shanty was propelling a party.

Describing it as “fun to see,” Carr noted the form is perfect for TikTok.

He added that, while random, it makes a certain amount of sense that the youth-driven platform would latch on to shanties. “They’re kind of bawdy. They’re kind of risque. There’s something for the kid in you to get titillated by. And they’re just energetic — they’re used for working and so they’re meant to pump you up and get you pulling on that line or heaving that capstan around.”

Maritime historian Glenn Grasso isn’t surprised that the singing style has resonated with teens and 20-somethings; they’ve kept the music alive over the decades. In the 1910s, technology had eliminated the need for huge crews; machines handled those loads. When that happened, Ivy League kids eager for adventure rushed to fill the ships.

“All of these kids were like jumping out of college to sign up for the last of the sailing ships so they could get their experience before these things were gone forever.” Grasse compares it to Deadheads who in the 1980s went on the road before it was too late. “These people were quitting Harvard to their families’ mortification, to go sail around the world on the last of the large square riggers here in Southern California.”

The song that went viral isn’t among the most famous, Carr says. Connected to Pacific shipping in and around New Zealand, it’s part of musical conversation enabled by travel. “It’s a New Zealand song, and of course whaling was a huge thing in the South Pacific. Whalers came to Hawaii and influenced the music in Hawaii in the late 19th century, and a similar thing happened in New Zealand. Whalers came to New Zealand and kind of that became the music of New Zealand.”

Carr adds that for many, life at sea was incredibly liberating, and you can hear it in the music. “New England sailors broke out of their shells when they got to the Pacific. Sailors said they would hang their conscience on Cape Horn because they could be whoever they wanted to be once they got to the West Coast. It encouraged them to be more or musical, more creative or, you know, just to be more cosmopolitan.

“Something about that really speaks to people’s feelings right now — that feeling of completion, of feeling like, ‘Yeah, someday when the Wellerman comes, we’ll get that sugar and rum and we’ll take our leave. And I think everyone is just about ready to take their leave.”

Isolated in uncharted waters. Desperate for something just beyond the horizon. Stinky and unshaven. Shouldn’t we all be bellowing sea shanties at this point?

Movies on TV this week: ‘The Phantom of the Opera’ on TCM