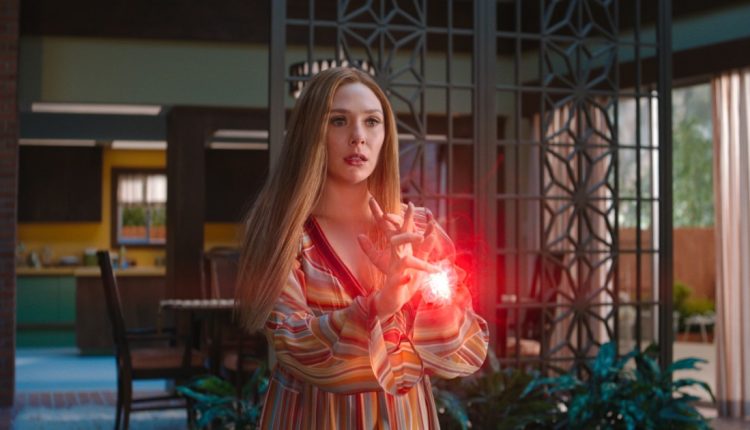 Spoiler alert: There are no Episode 9 “WandaVision” spoilers below. In fact, there’s nothing here about the finale at all, except my expressions of deep sadness that the series is ending. Though I knew little to nothing about the Scarlet Witch, multiverse semantics, Hydra high jinks or mind stones before tuning into the show when it premiered in January on Disney+, I’m now hooked. Marvel’s “WandaVision” is a true marvel.

The miniseries, which ends with Friday’s finale, artfully bridges generation gaps, pop-culture demographics, real emotion and fabricated fantasy like nothing else out there. And how this literal magic show starring androids and superheroes became a stellar, moving commentary on grief is a supernatural feat unto itself.

The majority of episodes are structured around American family sitcoms, starting with “The Dick Van Dyke Show” of the 1960s, then moving through the decades with nods to “Bewitched,” “The Brady Bunch,” “Full House,” “Malcolm in the Middle” and “Modern Family.” It’s a playful history of television infused with multiple storylines from the Marvel Cinematic Universe. Though the confusing collision of eras and worlds initially made no sense, the delivery was so entertaining that my 17-year-old son and I were immediately invested despite our diverging tastes and the big, unexplained mysteries at “WandaVision’s” core.

He was busy collecting Easter eggs and explaining all the characters’ backstories to his clueless mom. I was there to identify touchstones of my couch-potato childhood, since I predate cable TV and practically grew up in the Bradys’ living room. Yet both of us were equally devoted to finding out what the hell was going on in the wonderfully weird world of the magical Wanda Maximoff (Elizabeth Olsen) and her hardwired husband, Vision (Paul Bettany).

“WandaVision” is set shortly after the events of 2019’s “Avengers Endgame,” when Wanda used her formidable powers to fight supervillain Thanos. But she failed in her mission to protect Vision, who was killed by the evil mutant. Yet there they were on Disney+, a happy couple in glorious black and white, acting out domestic bliss in front of a live studio audience, just like Van Dyke’s Rob and Mary Tyler Moore’s Laura.

We learned later that Wanda, deeply bereaved by the death of Vision — and, before that, her brother and parents — had subconsciously created an alternate reality in Westview, N.J., where she and Vision might live out their days in safe, quiet suburban normalcy. Their fabricated life was informed by sitcoms she watched on DVD as a kid in war-torn Sokovia, before she and her fraternal twin were orphaned in an attack on the family’s flat.

Created by Jac Schaeffer, the show is part of Marvel Studios’ post-Infinity Saga phase, and its first foray into series TV. As with Star Wars’ “The Mandalorian,” the repurposing of numerous characters and storylines from blockbuster films into TV series is a potential boon for the streaming service. Marvel’s “The Falcon and the Winter Soldier” arrives this month, and titles like “Loki” will follow.

“WandaVision” could easily have succeeded by playing to the insider baseball culture of Marvel enthusiasts or even by stoking the enthusiasm of the franchise’s more casual moviegoing fans. But the series chose instead to take big risks with a crazy premise and as a result ended up with a creative win that hits the mark on several fronts, including the way in which it renders the experience of grief.

“WandaVision” captures the essence of loss, and that counts for a lot in the middle of a pandemic that’s taken so many loved ones.

Wanda has lost everyone she’s ever loved. The depth of her sadness permeates the cheeriest of scenarios in the series, be it the wacky “Malcolm in the Middle”-informed episode or the whimsical “Bewitched” throwback. Loss drives her to push reality away and to embrace whatever it is that brings her a sense of comfort — like the prefab TV family, where everyone’s safe and alive and nothing truly bad ever happens.

Her pain is subtle in early episodes, but like the sitcoms referenced, each decade belies more dysfunction, creating cracks in the perfect family veneer. An unwitting trip down memory lane in Episode 8 drove it all home via a staggering conversation she had with Vision during the early stages of their relationship.

He senses Wanda is filled with loss and sadness, which she tries to explain: “It’s just like this wave washing over me again and again. It knocks me down, and when I try to stand up, it just comes for me again. And I can’t… It’s gonna drown me.”

It’s his beautiful response, though — more profound than any number of prestige dramas — that exemplifies “WandaVision’s” ability to work on so many levels, from its sitcom formula and superhero plot to its genuine emotion.

“No, Wanda,” he says. “It can’t be all sorrow, can it? I’ve always been alone, so I don’t feel the lack. It’s all I’ve ever known. I’ve never experienced loss, because I’ve never had a loved one to lose. But what is grief, if not love persevering?”

Rating: TV-PG (may be unsuitable for young children)