How ‘Black and Missing’ on HBO could change true-crime TV 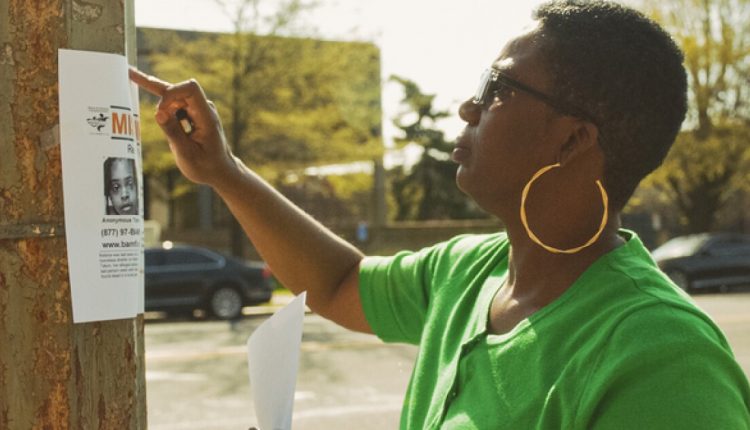 Off the top of your head, try to recall the names of the women behind the most notorious missing persons cases. It’s likely they’ll include Elizabeth Smart, Gabby Petito, Laci Peterson or Natalee Holloway — all tragic disappearances that garnered nationwide media attention.

But in that same time frame, hundreds more young women went missing whose names — such as Keeshae Jacobs, Henny Scott, Akia Eggleston — did not make the morning talk shows or the nightly news, likely because they were Black women or women of color. It’s a phenomenon commonly referred to as “missing white woman syndrome,” in which the disappearance of white women is swarmed by law enforcement and the media, while disappearances of Black women and women of color tend to generate far less attention, despite occurring at a higher rate.

Of the more than 250,000 women and girls reported missing in 2020, 34% were Black, a staggering number given that Black people represent around 14% of the U.S. population. Another statistic: 710 Indigenous people — 85% of them children, and 57% female — were reported missing between 2011 to 2020 in Wyoming, the state where Petito’s remains were found. You might not know that, though, because their names were lost to the wind when it came to coverage.

Two powerful documentaries, HBO’s four-part “Black and Missing” and Oxygen’s feature-length “Murdered and Missing in Montana,” break the true-crime mold of chasing names from the headlines and instead highlight cases of Black and Indigenous women, respectively, who’ve gone missing. Each production explores why law enforcement and the national media pay far less attention to a disappearance when the victim is Black or a person of color, and how much of the apathy is rooted in systemic racism.

“Black and Missing,” premiering Tuesday, follows the founders of the Black and Missing Foundation, sisters-in-law Derrica and Natalie Wilson, as they push the police and news media to help the families of missing women find their loved ones. The series, from Geeta Gandbhir and journalist Soledad O’Brien, explores how racial bias has contributed to a lack of action from law enforcement and the media when a Black woman goes missing as opposed to a white woman. “When white children disappear, they’re called victims,” they explain. “When Black kids do, they’re disproportionately labeled runaways.”

Shot over three years, the cameras trail Derrica, a former law enforcement officer, and Natalie, a master at public relations, as they push to raise awareness about the stark realities of human trafficking, inform the community about how to deal with the police if something should happen to a loved one, and educate whomever they can about the inequity that exists around locating missing people of color. They tirelessly pressure the authorities to throw more resources at finding vanished Black women, and stage lectures at the local and national level to help inform the public about the problem.

Kennedi High, a Baltimore high schooler with autism, was lured at the age of 16 by someone through a dating app. Her mother tells the story, but hers is one with a happy ending thanks to the collaboration of the foundation, police, media and the community: Kennedi was found within a week, though still has problems talking about her ordeal. This outcome constitutes the bright side of a troubling epidemic: Cases of missing Black people remain unsolved four times longer than those of white people, the documentary points out. Grieving family members, former detectives, news anchors and even John Walsh of “America’s Most Wanted” fame are also interviewed, driving the point home that there are missing folks out there we need to find.

“Murdered and Missing in Montana,” out now, explores the unsolved cases of Indigenous women who’ve gone missing. The murder rate is 10 times higher than the national level for women living on reservations and the third leading cause of death for Indigenous women. In Wyoming alone, Indigenous people make up 3% of the state’s population but accounted for more than 21% of homicide victims over the last decade.

Attorney, investigative journalist and former criminal prosecutor Loni Coombs focuses on the cases of Henny Scott, Kaysera Stops Pretty Places and Selena Not Afraid — three women whose deaths on and around the Northern Cheyenne and Crow Reservations remain a mystery. Along with former Montana Sheriff Phylliss Firecrow, Coombs exposes the chilling similarities between the three cases, stressing the urgency to solve them before more women and children fall prey.

All missing persons cases are critical. Now, true-crime television is finally changing its stance by paying attention to those who were formerly overlooked.

Rated: TV-MA (may be unsuitable for children under the age of 17)

‘Murdered and Missing in Montana’

Where: Peacock and Oxygen.com

Rated: TV-PG (may be unsuitable for young children)

First Look: ‘The Fresh Prince of Bel-Air’ Gets Dramatic Reboot