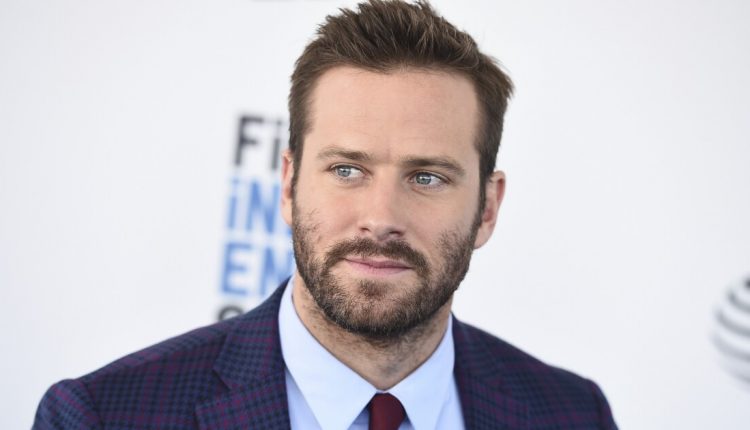 The trailer for Discovery+’s docuseries “House of Hammer” has arrived and promises “disturbing details” and “sinister secrets” about embattled actor Armie Hammer — as well as some other men in his famous family.

“Magnify ‘Succession’ a million times and it was my family,” series consultant Casey Hammer, the actor’s aunt and granddaughter of oil tycoon Armand Hammer, says in the new trailer.

Some of those details include interviews with Armie Hammer’s alleged victims, as well as disturbing text and direct messages in which the “Call Me By Your Name” star allegedly asserts that he is “100% a cannibal” and that he wants to own the women or decide if and when they get to eat.

Directors Elli Hakami and Julian P. Hobbs begin the trailer with a focus on two of Hammer’s accusers, Courtney Vucekovich and Julia Morrison, who share their alleged experiences with the actor.

“I have a fantasy about having someone prove their love and devotion and tying them up in a public place at night and making their body free use,” one alleged message from Hammer says as it’s shown onscreen and read aloud by Morrison.

“My bet was going to involve showing up at your place and completely tying you up and incapacitating you and being able to do whatever I wanted to every single hole in your body until I was done with you,” says another alleged voice memo recording played in the trailer.

From there, the trailer gets into graphic missives said to be from Hammer and some of the allegations that led to his public downfall in 2021 when he was accused of raping a woman identified as Effie in 2017. Additional women came forward with allegations of sexual misconduct after that, as well as an LAPD investigation, but the “On the Basis of Sex” star denied them and dismissed them as “bull—.”

Discovery+, which will launch the three-episode series on Sept. 2, said the allegations surrounding Hammer are only “the tip of the iceberg” because the show actually treads into the misdeeds of five generations of men in the wealthy dynasty, such as Julius Hammer’s manslaughter conviction in 1920 and Julian Hammer’s self-defense killing of a man in the 1950s, according to Variety.

Casey Hammer also alleges that her father Julian Hammer sexually abused her when she was a child, an account she details in her 2015 self-published book “Surviving My Birthright.”

The “House of Hammer” narrative will come to life in the doc “through a trove of archive and interviews from survivors and family members” meant to showcase “all the devastating consequences of privilege gone wild,” Discovery+ said.

The series begins in 2020 at the peak of Armie Hammer’s fame and “each episode will shine a light on a depraved pattern of abuse that extends far beyond the accusations brought against the disgraced actor,” the streamer said.

Hammer’s attorney, Anthony Brettler, did not immediately respond Wednesday to The Times’ request for comment.