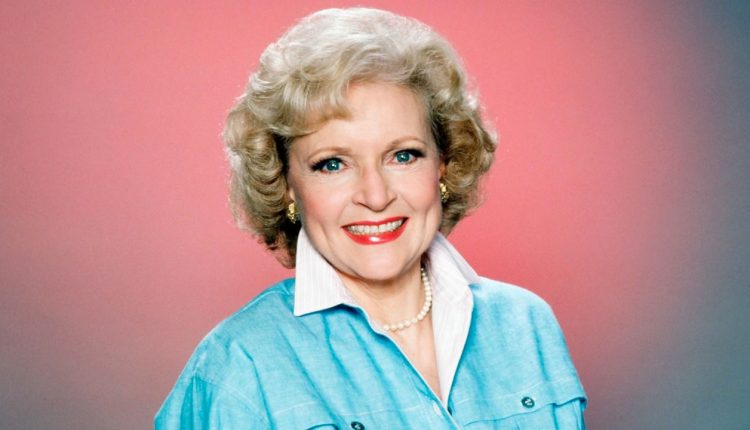 While Betty White will not be here to join the party on what would have been her 100th birthday, the celebration will nevertheless continue in her honor. On Jan. 17, the Hallmark Channel will be running a marathon of some of White’s greatest episodes of The Golden Girls, in which she starred as fan favorite Rose Nylund. A 2011 film starring White will also be airing on the channel.

Related: Betty White’s Birthday to Become a Special Holiday in Her Hometown

Developed for Hallmark, The Lost Valentine originally aired in 2011. Based on a novel by James Michael Pratt, the film is directed by Darnell Martin and stars Betty White alongside Jennifer Love Hewitt and Sean Faris. The film earned White a nomination for the Screen Actors Guild Awards for Outstanding Performance by a Female Actor.

The official synopsis for The Lost Valentine reads: “During World War II, Navy Lt. Neil Thomas bids Caroline, his pregnant young wife, farewell at Union Station. Before their son is born, Neil’s plane goes down in the Pacific and he’s declared missing in action. Caroline is devastated. But love never dies, and for the next 65 years Caroline (Betty White) returns to Union Station on the anniversary of her loss, to salute the memory of her handsome and brave husband.”

There are other ways White’s would-be 100th birthday will be celebrated. Her hometown of Oak Park, Illinois, has declared Jan. 17 an annual special holiday called Betty White Day. Many of her fans are making donations to charities that benefit animals in White’s honor as that’s something that would have made the animal rights advocate happy. Others will be celebrating by watching White’s best moments from The Golden Girls, Hot in Cleveland, and elsewhere.

On Jan. 17, Fathom Events will also host a special theatrical screening for a documentary celebrating Betty White’s 100th birthday. The doc features the last footage taken of White in which she joins many of her celebrity friends looking back at her long career as an entertainer. It was announced shortly after White’s passing that the special screening of Betty White: 100 Years Young — A Birthday Celebration.

Rest in peace, Betty White. As many others have pointed out, it says a lot how White almost lived to be 100 and everyone agrees she wasn’t here for long enough. Hallmark’s all-day celebration will be airing on Jan. 17, the day the legendary actress would have turned 100.

The Flight Attendant soared when it arrived on HBO Max in 2020, and the second season has pulled in Sharon Stone to join the Kaley Cuoco series.

Jeremy Dick has been a writer and editor since 2014. He is a self-professed horror expert, pop culture enthusiast, and Bob Saget fanatic.