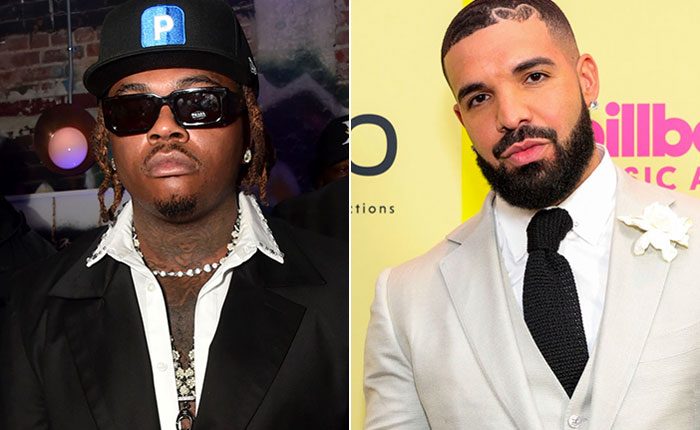 Gunna is revealing why his Drake collaboration was held up.

Their song, “P power,” was slated to appear on the original version of Gunna’s chart-topping album DS4EVER, but was noticeably absent when the project was released on Jan. 7.

In an interview with Complex, Gunna reveals that the song, originally titled “Pussy Power,” was delayed over clearance issues. The Metro Boomin-produced track features a sample of Donna Summer’s “Could It Be Magic,” but they were unable to clear it in time to make the original album.

“I originally sampled Donna Summer,” Gunna said. “I don’t even know her, because I’m so young. But she was a legend and her estate couldn’t get back in time for my album.”

He eventually got clearance and “P power” was added to the album on Jan. 13, the final day of the tracking week.

DS4EVER, which also features appearances from Young Thug, Future, Chris Brown, 21 Savage, and Chlöe Bailey, debuted at No. 1 on the Billboard 200. The fourth and final installment in Gunna’s Drip Season series is expected to drop to No. 2 in its second week.