Grammys 2022: Why Adele isn’t nominated for anything 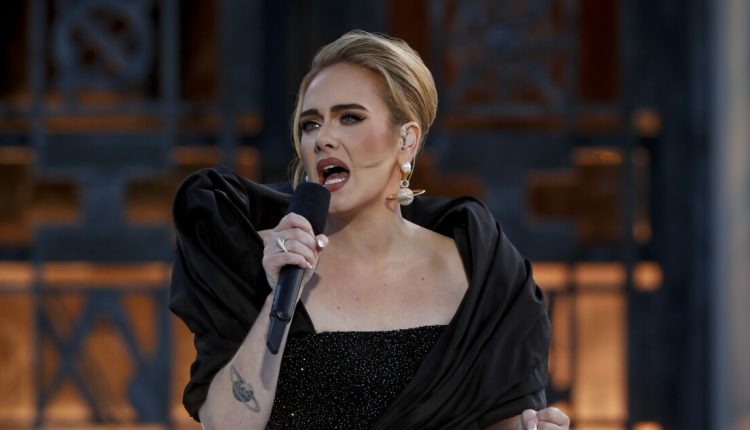 Despite recently releasing one of the most critically and popularly acclaimed albums of the year, the “Easy on Me” artist wasn’t eligible to be nominated for the 2022 Grammy Awards.

Why? Because neither “30″ nor its monster hit of a lead single were released before Sept. 30, 2021 — the day the window of eligibility for next year’s Grammy Awards closed. Adele’s fourth studio album is, however, officially in the running for the 2023 ceremony. So there’s that!

Other buzzy 2021 albums that didn’t make the cut because of their release dates include Ed Sheeran’s “=,” Megan Thee Stallion’s “Something for Thee Hotties,” Summer Walker’s “Still Over It,” Bruno Mars and Anderson .Paak’s “An Evening With Silk Sonic” and Taylor Swift’s “Red (Taylor’s Version).”

The first round of Grammys voting began Oct. 22 — about a week after Adele dropped “Easy on Me.” Following Tuesday’s announcement, the final round of voting will commence Dec. 6 and conclude Jan. 5. The winners will be revealed Jan. 31 at Los Angeles’ Staples Center, which will be renamed Crypto.com Arena by the time the Grammys air at 5 p.m. (Pacific) on CBS.

Adele debuted her latest record, “30,” last week to rave reviews. The Los Angeles Times, for example, crowned the vocalist “queen of the ugly-cry ballad,” while Adele fans and contemporaries alike gave the record a warm and weepy reception on social media.

“The timelessness of ’30’s’ themes suits Adele, who’s remained steadfast in her musical identity as the record industry has changed dramatically around her,” wrote Times music critic Mikael Wood.

“Today’s pop stars jump from style to style — not least her two closest competitors, Drake and Taylor Swift — in a way that reflects the border-free streaming ecosystem that barely existed when Adele put out ’25′ six years ago. Back then, she still managed to sell millions of CDs when many folks had moved to downloading; we’ll see if she can do it again now that downloading is thoroughly passé.”