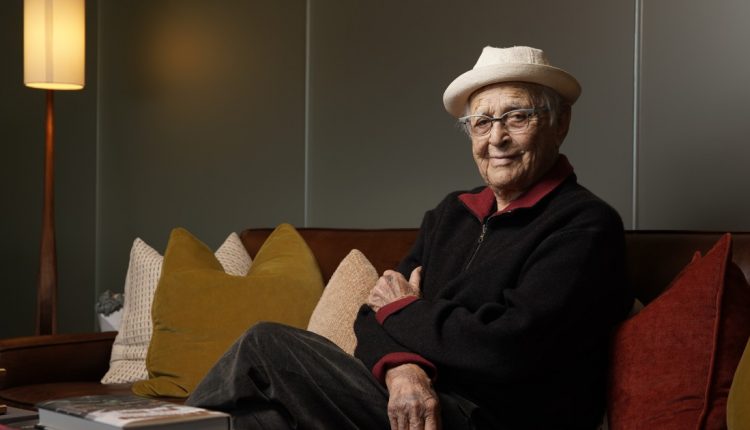 Hats off to Norman Lear.

The man behind such TV classics as “All in the Family,” “The Jeffersons” and “One Day at a Time” (as well as its recently canceled remake) will receive the Carol Burnett Award at the 78th Golden Globe Awards, the Hollywood Foreign Press Assn. announced Thursday.

“Norman Lear is among the most prolific creators of this generation,” said HFPA president Ali Sar in a statement. “His career has encompassed both the Golden Age and Streaming Era, throughout which his progressive approach addressing controversial topics through humor prompted a cultural shift that allowed social and political issues to be reflected in television. His work revolutionized the industry and the Hollywood Foreign Press Association is honored to name him as the 2021 Carol Burnett Award recipient.”

A number of Lear’s shows have been recognized by the Golden Globes over the years. “All in the Family” took the Golden Globe for best TV comedy four times during its run, while shows such as “The Jeffersons” and “Maude” also picked up nominations for the top prize.

A six-time Emmy Award winner, Lear is also a recipient of the National Medal of Arts, a Peabody Award and a Kennedy Center Honor. He was also among the first class of inductees into the Television Academy Hall of Fame in 1984.

Beyond his TV career, Lear is also known for his political activism and philanthropic work. He’s an outspoken Democrat and supporter of progressive causes. Lear founded the advocacy group People for the American Way to challenge the religious right, and is the namesake of the Norman Lear Center at the USC Annenberg School for Communication.

First awarded in 2019, the Carol Burnett Award recognizes lifetime achievement in television on or off screen. The inaugural honoree was the award’s namesake, Carol Burnett; Ellen DeGeneres was presented the award in 2020.