Go Inside the Mind Behind This Year’s Wildest Movie [Exclusive] 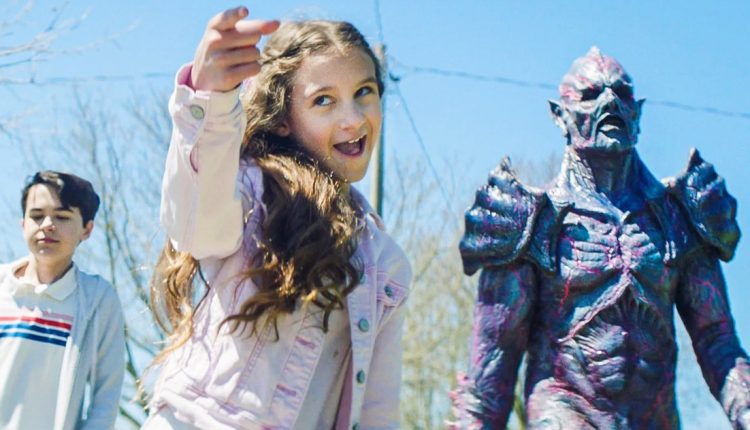 The year is still young, but it’s safe to say that PG: Psycho Goreman is one of the craziest cinematic experiences hitting theaters in 2021. Created by writer and director Steven Kostanski, this sci-fi horror mash-up isn’t quite like anything ever screened at Drive-Ins or rented On Demand. It’s a wild ride that brings non-stop fun at a time when the world needs it most. And it’s sure to please genre fans of just about any age.

PG: Psycho Goreman is hard to describe in any real sense, though it has been compared to the 1987 cult hit Monster Squad. It also feels very much like the most twisted episode of Power Rangers sprinkled with a bit of Amblin magic and some strong Terror Vision vibes. It’s clear that Steven Kostanski wants to launch a franchise with Psycho Goreman, and his own signature stamp is firmly smashed across the front of it.

If you’ve ever seen Steven Kostanski’s directorial debut Manborg, who know what you’re in for here. This is awash in the same spirit as that 2011 cult oddity. Kostanski has a pretty impressive filmography, working as a make-up artist on Crimson Peak and Suicide Squad. He directed the notorious genre mash-up Father’s Day, and won much critical acclaim for his sci-fi horror thriller The Void in 2016. Old school horror fans may best know him from his successful Leprechaun Returns reboot.

That same fun energy permeates off PG: Psycho Goreman. The story follows siblings Mimi and Luke, who unwittingly resurrect an ancient alien overlord who was entombed on Earth millions of years ago after a failed attempt to destroy the universe. They nickname the evil creature Psycho Goreman (or PG for short) and use the magical amulet they discovered to force him to obey their childish whims. It isn’t long before PG’s reappearance draws the attention of intergalactic friends and foes from across the cosmos and a rogues’ gallery of alien combatants converges in small-town suburbia to battle for the fate of the galaxy.

Paulington James Christensen III recently caught up with Steven Kostanski to discuss the creation of PG: Psycho Goreman. The filmmaker confirms that he has grand plans for at least one sequel. The soundtrack is being planned for vinyl. And at least two action figures are on the way. He also takes us through his casting process, and how he discovered Nita-Josee Hanna, who steals the show as Mimi.

If you’re looking for the perfect escape this weekend, whether its at the drive-in or in the backyard against a bedsheet, PG: Psycho Goreman is sure to bring thrills, chills and a lot of laughs your way. It’s certainly destined to be a cult classic.