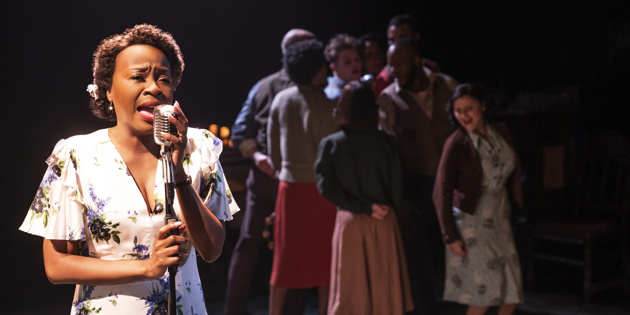 Jeannette Bayardelle and the cast of “Girl From the North Country”
(Photo: Matthew Murphy)

Girl From the North Country was the last production to open before Broadway shutdown in March 2020. It was not deemed eligible for the 74th Tony Awards due to the shift in the cutoff date. Thus, it will be in the running for the 75th Tony Awards. The musical began preview performances on February 7, 2020 and officially opened on March 5, 2020.

Hayden Joseph Has Our Hearts Pounding With His Stunning Autumn Love Song, “Fallin’”

A Hollywood remake of a classic with rehashed plot, lesser charm and worse actors