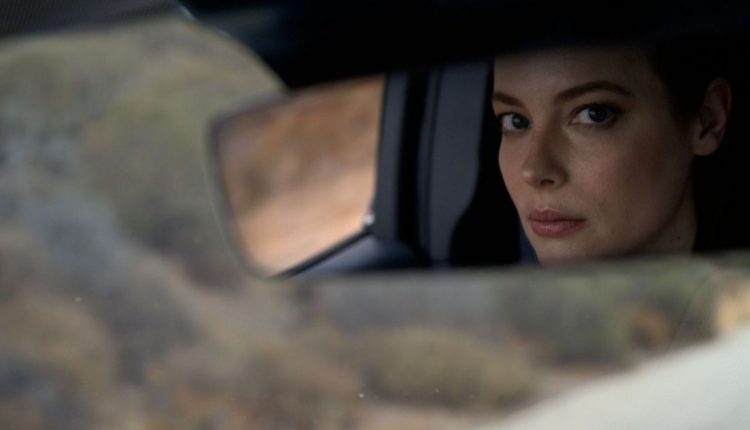 Although Gia Coppola comes from a family of filmmakers — her grandfather is the legendary director Francis Ford Coppola — directing wasn’t initially in her sights. She first fell in love with photography and even went on to study the art at Bard College. In a 2012 interview with Harper’s Bazaar, however, Coppola says that she felt “a little burned-out on taking pictures” after years of producing work for her classes. She would eventually turn to film when a friend asked her to produce a short for their fashion label. From there, Coppola continued directing shorts for fashion brands like Opening Ceremony, Zac Posen, and Rodarte.

Coppola made her feature-length directorial debut with the 2013 film Palo Alto, starring James Franco and based on his short story collection of the same name. Then, in 2020, after a string music videos, Coppola returned to feature films with the social media-inspired movie Mainstream, which starred Andrew Garfield. Her most recent work, and the topic of our interview, is The Seven Faces of Jane, which opened the Bentonville Film Festival (BFF) on June 22. Produced by her uncle, Roman Coppola, The Seven Faces of Jane is an experimental road trip movie in that it is inspired by the exquisite corpse art method of taking seeming disparate parts and assembling them into one piece. For this film, the senior Coppola brought together eight different filmmakers — one of whom is Gia — to direct eight different chapters about the eponymous Jane’s (played by Gillian Jacobs) road trip. A blind collaboration, each director was given little to no information about what the others were doing, and, in fact, had the freedom to tell virtually any story they wanted.

“I was hearing the murmurs around the office about this project that he was conspiring to do with exquisite corpse, but [wanting] to do it with a bunch of different directors and [making] it a hero’s journey,” says Coppola says in our interview the day after The Seven Faces of Jane screened at BFF. The office she refers to is, of course, The Directors Bureau, her uncle’s production company in L.A., out of which she has often worked, going as far back as her early days in school (“That was my home away from home.”). “When I heard what was going on in the office, I was really eager to join in and asked if I could be part of it.”

Coppola’s chapter, “Jane²,” sees Jane, driving on the road and stopping for a cup of coffee. Upon entering the coffee shop, she notices that it’s empty. When nobody shows up to take her order, Jane takes it upon herself to brew a pot. Immediately, the shop is filled with people shouting their orders at her. A kitchen staff member also appears and, as if Jane had walked into her shift late, throws her an apron. Unlike the other chapters in The Seven Faces of Jane, Coppola’s has an element of a psychological thriller: clearly, everyone else knows who she is and believe that she works at shop, despite her attempts to rectify the situation. Things come to a boil when, as Jane tries to leave and return to her car, a gang member stops her, ordering her to go with him.

As it turns out, there are two Janes — Jacobs, here, pulling double duty — identical in appearance from the hair to the apron, as the second Jane finally shows up for her shift. After a short sequence of somewhat intricate fight choreography, the camera cutting between the Janes and the patrons, the fight breaks, leaving it unclear as to which Jane is the Jane we’ve come to know since the start of the film. “I’ve never really gotten to play that capacity,” says Coppola of working with stunt choreography and body doubles, both of which were compounded by the fact that she and her team only had two days to shoot the chapter. “And it was hard. […] But I enjoyed the technical aspect.”

Perhaps the most interesting part of The Seven Faces of Jane is that Jacobs plays different versions of the same character in each chapter of the film, and, what’s more, even directs the chapters that open and close the film. As such, she and the crew, who had all carried over with each new director, were the only ones who knew what the directors were planning for their respective chapters. When asked if she had ever felt tempted to glean any information from Jacobs, Coppola says, “Oh, yeah, the whole time. We did this big Zoom call with all the directors [where we all talked about] certain scenes that you had to touch on or locations that you had to use.” Other than that, Coppola says it really was a blind collaboration.

The result is a film that invites you to surrender to each of Jane’s experiences. The Seven Faces of Jane is one of those movies that takes you to different locations, emotional circumstances, and backstories and urges you to let go of what had come before it. “It’s all so surprising,” Coppola says of her reaction to finally seeing the directors’ different chapters all come together. “I think that’s what’s so fun about this. […] We all have such unique, distinct voices.”

Per IndieWire, Coppola’s next film is a documentary about boy bands called superfans: screaming. crying. throwing up. Ever the free-spirited artist, this marks Coppola’s first foray into documentary filmmaking. Looking at her work so far — between the fashion shorts, the music videos, and her two feature films made almost a decade apart — Coppola is, as she puts it, “[expanding] or challenging myself more in filmmaking.” She’s completely okay with not being in full control, which is, in fact, a lesson she learned from her grandfather while working for him on his film Twixt (formerly Twixt Now and Sunrise). “I had to drive him to and from set, and I was in a stick-shift Element car. I didn’t know how to drive stick-shift, and we were driving in these hills and there was no gas, and I’m panicking. He was like, ‘Why are you panicking when there’s nothing to panic about? We’re not out of gas.'” This, she says, is an “interesting metaphor of rolling with the punches and being flexible” and, most importantly, surrendering to the journey.