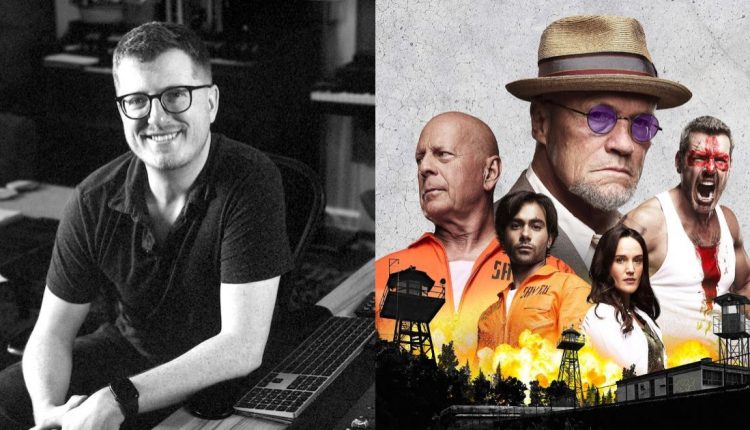 Over the years composer George Streicher has been involved in several projects for film, television, and video games. Some of these projects include Nickelodeon’s The Smurfs, Harry Potter: Magic Awakened, Howard Lovecraft and the Undersea Kingdom, Go Fish, and Heroes of the Golden Masks. Earlier this year, he wrote the original scores for the film Corrective Measures, which is also one of the few final films starring Bruce Willis. Corrective Measures is a 2022 American action science fiction thriller film written, directed, and produced by Sean O’Reilly. The film also stars Michael Rooker and is based on the graphic novel of the same name by Grant Chastain.

Corrective Measures centers around San Tiburon, an Ubermax prison hidden in the Great Northwest where cyborgs, monsters, and supervillains are housed and controlled by 24-hour power inhibitors and shock collars. Most notorious among them is “The Lobe” (Willis), a man not willing to part from his riches. Nevertheless, the equally corrupt Warden Devlin (Rooker) is someone who desperately wants to get his hands on said riches and has been trying to crack the Lobe for years. The prison is thrown into chaos after the arrival of Payback, played by Dan Payne (Watchmen), a murderous vigilante out for revenge.

How It All Began

“I come from a very musical family. My mom was a concert stewardess. My dad was kind of an amateur musician. As for myself and all my siblings, we took part in musical training in some form or another. I had piano lessons and voice lessons. I was in a band in high school and was in an orchestra in middle school. But as far as how I got into film, music, and writing music for media, is I actually started as a filmmaker,” said Streicher.

He continued, “I would make movies when I was a kid, and I would cast all my friends in my film. Even back then I was always scoring my own movies and that continued from elementary school all the way through high school. I started thinking more seriously about it. And then in college, I started taking music more seriously, and I started scoring other films for students’ movies. Then one day a producer reached out to me with a feature film and hired me to score his movie and it kind of took off from there.”

“Corrective Measures was the hardest film I worked on, but it was also the most fun I’ve ever worked on. It was the hardest because it was a lot of styles that I’d never done before. A lot of what I’ve worked on in the past has been orchestral writing whether it was all mock-up based on where we were actually recording with live musicians and other stuff. So I’m used to working within that palette. Given the size of the movie and the attitude of the movie, I felt it was more appropriate to give it this kind of dirty Southern rock, country western style and in the tradition of like, in some cases, Johnny Cash and stuff like that.”

“They also had some really great songs that they’d cut scenes to in the film. So I tried to keep it within that style, but that was the most challenging part, which was finding the appropriate style for it and getting my head around writing within that for the film. And it wasn’t just rock music, there was also some electronic stuff. So it was pretty challenging, but fun, really fun, and it turned out great,” added Streicher.

On His Music-Making Inspiration

“I have so many. Everything inspires me. But I guess the guys that I really do admire are guys like Michael Giacchino, who these guys composed a huge amount of Pixar movies and have won Oscars for those. He did the JJ Abrams Star Trek movies, and I think he’s doing Jurassic World and other stuff. So he’s a big inspiration. Also, because I believe he started kind of as a filmmaker. That’s really where his roots are, but then he obviously started music as well,” said Streicher.

“He has a great passion for it and a great skill. He’s very skilled at it and I think that’s kind of how he got into it as well. And then, of course, it’s the usuals with John Williams, Bruce Broughton, Jerry Goldsmith, and James Newton Howard. With those guys, I love their music and their chops intimidate me, but their music is no less inspiring,” he continued.

Corrective Measures is currently available for streaming exclusively on Tubi.

George Streicher also recently worked on another project that released earlier this month. His latest project is a live orchestral Halloween album titled Music of the Macabre. It features 10 tracks (25 minutes) of original music he composed and is performed by the Budapest Scoring Orchestra & Choir and various soloists. The album is now available on CD, audio cassette, digital download, and streaming.