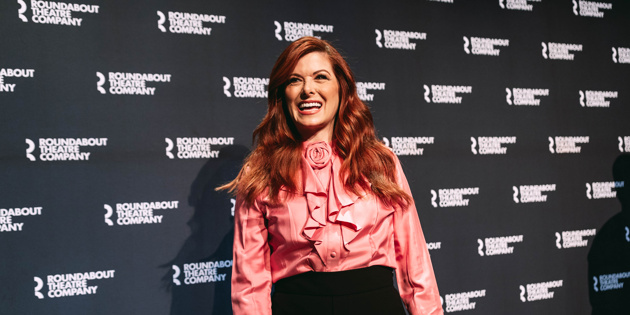 The full cast has been set for the Roundabout Theatre Company production of Noah Haidle’s Birthday Candles. Debra Messing is headlining the play, which will begin performances on March 18 and open on April 10 at the American Airlines Theatre. The production, directed by Vivienne Benesch, is set to have a limited run through May 29.

Jelks was nominated for a Tony Award for his performance in August Wilson’s Radio Golf and most recently appeared in Lynn Nottage’s Sweat. This marks the Broadway debut for Colantoni. His screen credits include Station Eleven, The Hot Zone: Anthrax and A Beautiful Day in the Neighborhood. Birthday Candles also serves as the Broadway debut for Finn and Livingston, who have both previously appeared in Roundabout Underground productions. Flood appeared in The Cherry Orchard on Broadway.

Birthday Candles centers on Ernestine Ashworth (Messing), who spends her 17th birthday agonizing over her insignificance in the universe. Soon enough, it’s her 18th birthday and even sooner, her 41st, her 70th and her 101st. Five generations, dozens of goldfish, an infinity of dreams, one cake baked over a century. What makes a lifetime…into a life?

Gunna and Drake Team Up on ‘P power’

No Way Home, Wants To Reprise Her Role In MCU