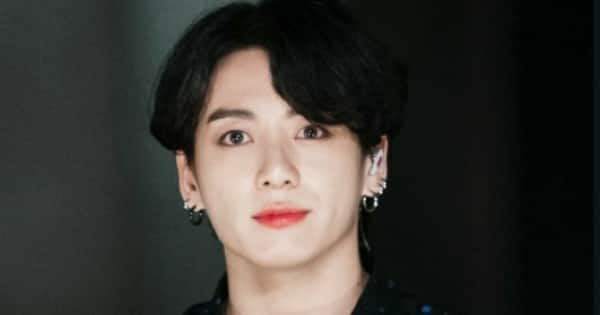 BTS member Jeon Jungkook stole the show at the FIFA World Cup 2022. The BTS vocalist sang the official song Dreamers, and it has been appreciated by many soccer fans across nationalities. BTS member Jungkook has a huge fan following all over. He got a solo stage at the FIFA World Cup 2022 as the likes of Shakira, Dua Lipa backed out from performing. Dua Lipa said she was never in negotiations while Shakira is apparently caught up in a dirty custody battle with Gerard Pique. Even Rod Stewart said he rejected the offer. As per reports, FIFA officials contacted HYBE directly in the US to bring Jeon Jungkook on board. Also Read – BTS Jungkook at FIFA World Cup 2022: Golden Maknae has cutest reaction as a little girl at Qatar mall treats him to his iconic line

Before the event, ARMY was worried that football fans might hurt Jungkook given how a majority of them are quite xenophobic. In fact, racist slurs were thrown at them ever since news came that BTS might be a part of the FIFA song. Now, ARMY is fuming as the French radio host and columnist referred to BTS as Korean virgins. French ARMYs have said that it is not to imply that they are men who have never had sex but to mock their gender and sexuality in a racist manner. ARMYs reacted angrily on Twitter. Here are the reactions…. Also Read – BTS: Jungkook’s birthday celebrations kick off; Pakistan, Korea, Philippines ring in Jungkook Day with art and social work [View Pics]

Note that virgins here is not used as virgins in the sense of they never had s3x ,it’s to denigrate their gender and sexuality making it racist and homophobic https://t.co/LiO5s0Oi88

a french radio spoke about the world cup opening ceremony and called 875 a “group of korean virgins.” reducing ?’s amazing performance to his ethnicity and sexuality is disgusting. they need to apologize.

they also made a racist joke about morgan freeman – https://t.co/W7kEcwrx46

Meaning “they not considered real man” and Asian man has been victim of this stereotype for centuries. And this is mostly used as an insult to gay people it’s thrown towards ppl they think are effeminated

See here for full translation. The word “puceau” used to describe JK in this sense (used as slang) would be the English equivalent of using “f*gg*t” instead of the literal translation of “v1rg1n”https://t.co/ulVePRzACh

This is not the first time that something of this sort happened. BTS ARMY which is super protective has called out radio show hosts in many nations slamming them for homophobia. Anyways, Jungkook is back in Korea. He also met the national football team of Korea. Also Read – BTS’ Jungkook aka Jeon Jungkook named the Most Famous K-pop Idol in the US; here’s why the Golden Maknae is so popular

Buffy Sainte-Marie shines in new documentary ‘Carry It On’