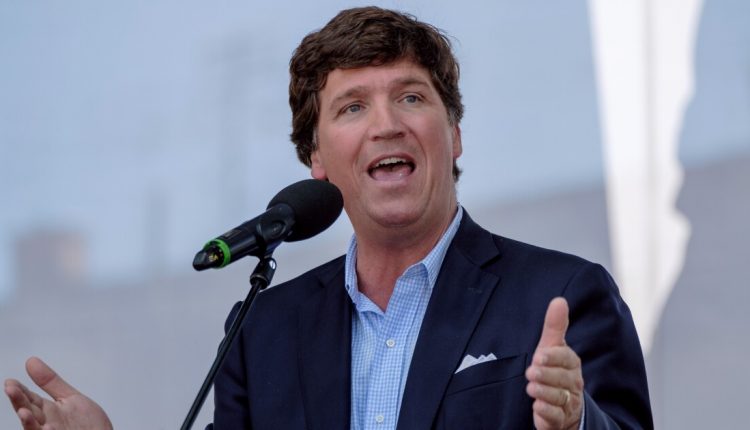 Jonah Goldberg, who also contributes a weekly column to the Los Angeles Times’ opinion pages, resigned along with Stephen Hayes. The two conservatives wrote Sunday on their Substack site, the Dispatch, that they walked because “the voices of the responsible are being drowned out by the irresponsible” opinion hosts at the cable news network.

But the two also expressed support for the news side of the operation, saying it reports the truth.

The two contributors reportedly finalized their resignations last week. A Fox executive said Monday that the network had no intention of re-signing Hayes or Goldberg — contributors since 2009 — when their contracts came up in 2022.

“Patriot Purge,” a three-part series on Fox’s subscription streaming service that was promoted as “The True Story Behind 1/6,” proposes that the FBI was involved in events that day in Washington, D.C., and accuses the Biden White House of painting ordinary Americans as domestic terrorists.

“The special — which ran on Fox’s subscription streaming service earlier this month and was promoted on Fox News — is presented in the style of an exposé, a hard-hitting piece of investigative journalism,” Goldberg and Hayes wrote in their essay for the Dispatch, which they founded in 2019 with Toby Stock and began publishing in earnest in January 2020.

“In reality, it is a collection of incoherent conspiracy-mongering, riddled with factual inaccuracies, half-truths, deceptive imagery, and damning omissions.”

The two noted that the content of “Patriot Purge” wasn’t an “isolated incident” but, rather, “merely the most egregious example of a longstanding trend” among Fox News’ opinion hosts, whom Goldberg and Hayes say have amplified the “false claims and bizarre narratives” of former President Trump.

“If a person with such a platform shares such misinformation loud enough and long enough, there are Americans who will believe — and act upon — it,” Hayes and Goldberg wrote. “This isn’t theoretical. This is what actually happened on January 6, 2021.”

The two noted, however, that “the news side of Fox routinely does what it is supposed to do: It reports the truth.”

Carlson, Sean Hannity and Laura Ingraham, the news network’s prime-time personalities, have been unabashed in their support for Trump and his worldview. Carlson, for one, is given a wide berth to present his views. When defending a defamation lawsuit brought against the network last year, Fox News lawyers successfully argued that no “reasonable viewer” would take Carlson’s comments seriously.

The top-rated Fox News personality alleges in “Patriot Purge” that “federal agencies have a long history of ensnaring Americans in manufactured plots.” Carlson also says in the documentary that the Jan. 6 event — which resulted in the deaths of five people, including Ashli Babbitt, a veteran from San Diego County who was fatally shot — was a peaceful protest to demand “election integrity” until the crowds were provoked into committing violence.

There is no evidence of any such FBI involvement, a fact that has been reported by journalists at Fox News.

“We remain grateful for the opportunities we’ve had at Fox and we continue to admire many of the hard-working journalists who work there,” Goldberg and Hayes wrote. “This is our last recourse. We do not regret our decision, even if we find it regrettably necessary.”

Silk Sonic Debuts at No. 2 on the Billboard 200