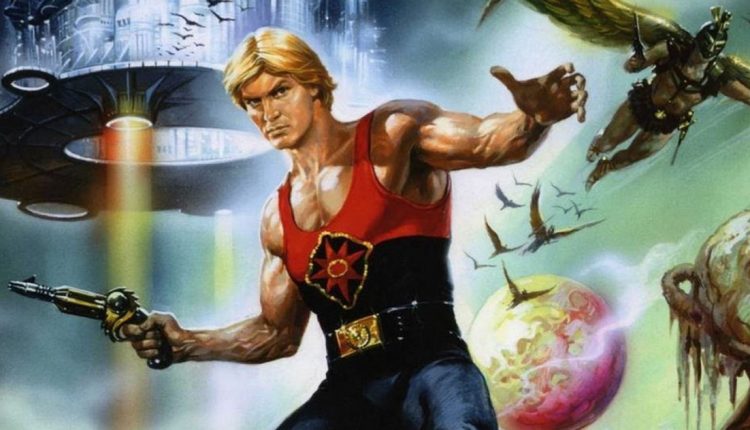 While at one point it seemed that if anyone was going to be responsible for bringing Flash Gordon back to the big screen, it was going to be Seth MacFarlane considering his love of all things 80s and his use of the property in Ted, but it looks like it will actually be Thor: Love and Thunder director Taika Waititi dipping his hand into another comic book franchise. A whole two years after being drafted in to work on an animated Flash Gordon movie, Jungle Cruise producer John Davis has revealed in an interview that Waititi is now working on a live-action movie instead.

Speaking to Collider in an interview to coincide with this weekend’s release of Jungle Cruise, Davis shared, “Taika is writing it. It was a movie that was a huge influence on him growing up. It is one of his favorite movies. He initially said to me, ‘Let’s do it animated.’ I said, ‘Okay.’ Then we got into it and started developing it and he said, ‘No, let’s do it live-action.’ I said, ‘Even better.'”

RELATED: Star Wars, Rocky and Flash Gordon Among Movies Getting a Ratings Change in the UK

Attempts to bring Gordon back to life has been ongoing since the character being referenced in Ted in 2012, and despite Waititi having his hands full at the moment with a number of upcoming projects lined up including a turn directing a new Star Wars movies, Davis is adamant that the Flash Gordon project is something the director is really passionate about doing.

“He has the most fantastically interesting vision for this movie. And you can only know it is Taika. It is what he does. It is the way he looks at the world. He is the greatest guy in the world. He is the funniest guy in the world. And he thinks on a different plane. And this movie embraces everything that’s special about Taika, and his vision. It harkens in a very interesting way to the original conception from the comics,” he shared.

Davis added that the pair have been discussing the project since Thor: Ragnarok was released, which makes a lot of sense considering how that movie was marketed and stylized in pretty much the same way as the sci-fi movies of the 1980s, but it was a 2016 movie called Hunt For The Wilderpeople that caught Davis’ attention.

“He did this little movie in New Zealand that was just insane, that I loved… and that’s what got me interested in him,” recalled Davis. “We sat down just to talk in general. We went to a bar together with this guy, Matt Reilly, who was an executive at Fox. We started kicking around ideas. And so, this is six years in the making, right? So I’ve waited for him a lot, a lot, a lot of time, but his enthusiasm has remained steadfast. And only he’s going to be able to direct this movie because only he should direct this movie. It is special.”

In conclusion, Davis shared that he was happy to wait for Waititi to find a gap in his schedule to direct the movie, and is confident that it will happen at some point. He said, “We’ve been through the development process, not the writing process, but he’s laid out in great detail the characters, the movie, the way in, what it’s about, the tone, all of that stuff, right? And I can’t wait. And we’ll wait for him. Hopefully, we’ll get… Look, he does a lot of movies, right? Believe it or not, he can do a couple of movies a year.”

One thing that is for certain is there are just as many people out there every bit as hopeful as Davis that we will see Taika Waititi’s version of Flash Gordon sometime in the near future. Read the entire interview over at Collider.