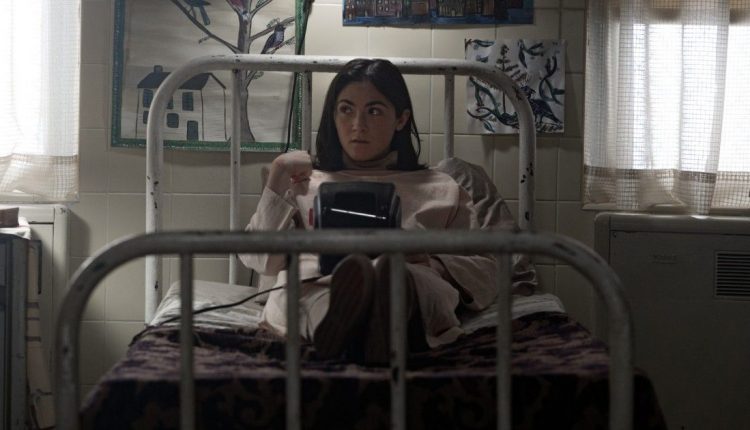 “I’m so excited for the audience to see Esther having a little bit more fun in this movie. I think that we got to play with the fact that the audience is in on the secret so much more from the beginning, and it was fun for me as an actor to play. When I watched the movie for the first time, I really enjoyed it, and there were times that I actually found myself really loving Esther. So, I hope the audience feels the same way,” said Isabelle Fuhrman.

Fuhrman was, of course, referring to 9-year-old Esther impersonated by the sociopathic adult Leena Klammer, who suffers from a hormone disorder that makes her appear much younger than she truly is. The original Orphan movie in 2009 sees a twist that reveals Esther’s true identity. This time around in Orphan: First Kill, we see Leena murderously escape from an Estonian psychiatric ward before impersonating Esther, the missing daughter of a loving and wealthy family. As she tries her best to fit in, a new twist plots her against the mother who will do whatever it takes to protect her family.

Also starring in the film are Julia Stiles, Rossif Sutherland, and Matthew Finlan, who play the mother, father, and brother, respectively. William Brent Bell directed the movie, which is written by David Coggeshall, David Leslie Johnson-McGoldrick, and Alex Mace. Ahead of the release of Orphan: First Kill, Fuhrman joined us to discuss its making and the possibility for Orphan 3.

Esther is a reprisal role for Fuhrman, who originally appeared in the 2009 Orphan when she was 12 years old. Over a decade later, Fuhrman managed to portray the same character despite the leap in age, as she’s now 25.

“For me, a lot of the preparation for the new thing was kind of discovering a childlike quality to Esther, because I think the first time around when I did this, as a kid, I was so concerned with pretending to be an adult,” explained Fuhrman, “and this time, I actually had to put myself in Leena’s shoes and pretend to be a kid. To find that again, I would say, is slightly therapeutic. I got to do a lot of play with the girls who were my body doubles… and really got to discover new qualities about Esther through them.”

Related: Exclusive: Scott Derrickson on Possibility of The Black Phone 2, Says ‘There Could be More’

Playing the body doubles are Sadie Lee and Kennedy Irwin, who Fuhrman credited a lot of her discoveries about Esther to discussing scenes with them, allowing her to bring fresh qualities to her performance.

“It was actually through sometimes talking to them about scenes, and hearing what they had to say that I was able to kind of bring new things to my performance as Esther, and even watching them, I learned things. I feel like the performance is so much more layered this time because of that, because I’ve had two other voices helping me and at the same time, I was going back and reading my old script from when I was 10, and all the notes I made when I was a kid and really kind of trying to ask myself every single day what I would have thought as a 10-year-old about this scene, rather than just the decision that I was thinking at the age I am right now. There was something clearly that I did when I was a kid that worked the first time around, and I really wanted to make sure that I married those two worlds of the Isabelle that I am today and the Isabelle that I was when I was 10,” said Fuhrman.

In a previous interview about Orphan: First Kill, director Bell mentioned that he believes a franchise is a trilogy, “I feel a trilogy can tell a full story… with this story, we get to see a different side… but we still don’t know much about the years before… and Isabelle is so passionate about the character. It’s like, you can play this character forever if you wanted to, if we can do it in this movie… there’s a lot to that character, and I think in the future stories, she would probably become a bit more cold-hearted again.”

Given the interest from the director, we asked Fuhrman what she would say if asked to do Orphan 3. “I’ve already been asked about Orphan 3 from the team, so maybe, you never know,’ said Fuhrman, “I feel like we’re not going to wait 13 years this time around, though.”

Paramount Pictures is set to release Orphan: First Kill in theaters, on demand, and streaming on Paramount+ on August 19, 2022.

Eli Golden on Starring in 13: The Musical & Wanting to Work with Tom Cruise | Srtalent