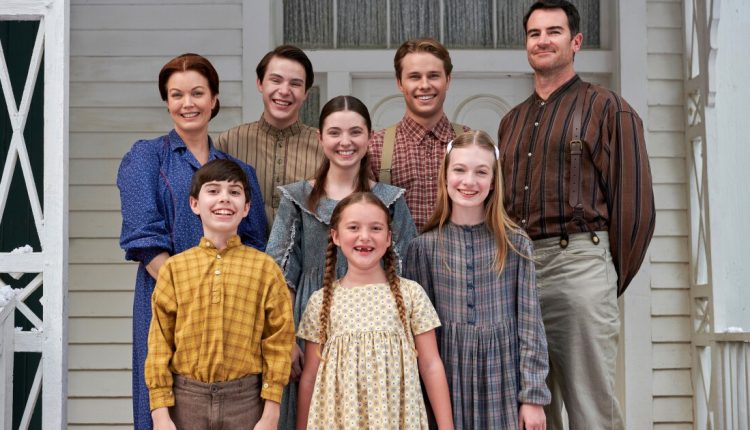 “Red Notice” has been the top English-language film three times in the three weeks it has streamed on Netflix. “Bruised” was second for the week, with viewers spending 47.7 million hours watching the Halle Berry-starring and directed mixed martial arts film in its first five days of release.

The seven-episode series “True Story,” and the 10-episode science fiction series “Cowboy Bebop” were the top two shows on Netflix for the week.

The Thanksgiving night NFL game between the Buffalo Bills and New Orleans Saints drew the fifth-largest audience in the 10-week-old 2021-22 prime-time television season.

A rerun of “Young Sheldon” was the highest rated comedy for the eighth consecutive week, averaging 6.568 million viewers, third among non-NFL programs and 10th overall.

The combination of the Bills-Saints game and “Sunday Night Football” put NBC at the top of the network rankings for the fifth time in the season, averaging 6.84 million viewers between Nov. 22 and Sunday.

NBC’s biggest audiences for non-NFL programs were the Tuesday and Monday editions of “The Voice,” 13th and 14th overall and fifth and sixth among non-NFL programs, averaging 6.341 million and 6.328 million.

The news magazine “60 Minutes” was top ranked non-NFL program on CBS, averaging 7.558 million viewers, ninth for the week and second among non-NFL programs.

Fox’s largest audience for non-NFL program was “The Simpsons,” which averaged 3.61 million viewers .

The CW’s “The Waltons’ Homecoming” averaged 969,000 viewers, the network’s biggest audience for the week. The two-hour movie based on the 1971 made-for-television movie “The Homecoming,” which spawned the 1972-81 CBS Depression-era drama “The Waltons.”

The 20 most watched prime-time programs consisted of three NFL games; three NFL pregame shows; two NFL postgame shows; ABC’s coverage of the Oklahoma-Oklahoma State college football game; “Yellowstone”; “60 Minutes”; five CBS entertainment programs; two NBC entertainment programs; “Dancing with the Stars” and Tucker Carlson’s interview with Kyle Rittenhouse, the 17-year-old from Antioch, Ill., who was found not guilty of all charges related to the incident where he fatally shot two men and wounded another during protests in Kenosha, Wis.

“Monday Night Football” was the top ranked cable program for the 11th time in 11 2021 regular-season broadcasts, with Tampa Bay’s 30-10 victory over the New York Giants averaging 10.345 million viewers, sixth for the week.