Film of Trevor: The Musical Heads to Disney+ in June | Srtalent 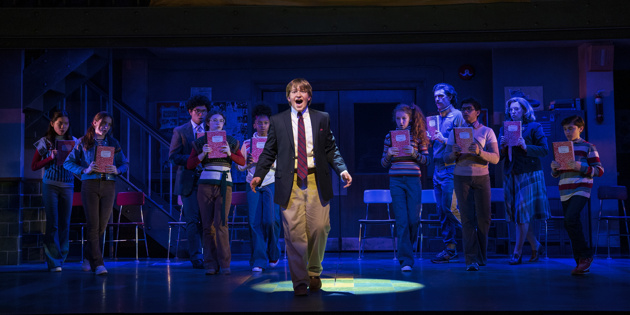 Holden William Hagelberger and the cast of “Trevor”

A film of off-Broadway’s Trevor: The Musical is heading to Disney+ this summer. The new musical will be available to stream beginning on June 24.

The production follows 13-year-old Trevor as he struggles to navigate his own identity to determine how he fits in a challenging world. It is based on an original story by Celeste Lecesne and the Academy Award-winning short film, Trevor, directed by Peggy Rajski. The Trevor Project, founded by Rajski, Stone and Lecesne, was created as a result of the Trevor film and is not affiliated with the musical.

Trevor: The Musical features a book and lyrics by Dan Collins and music by Julianne Wick Davis. Marc Bruni directed the show with Joshua Prince choreographing.

The musical opened at off-Broadway’s Stage 42 in November 2021 and closed prematurely. The world premiere of Trevor: The Musical was produced at The Writers Theatre in Chicago.

What Happened at the End of the Netflix Horror Movie